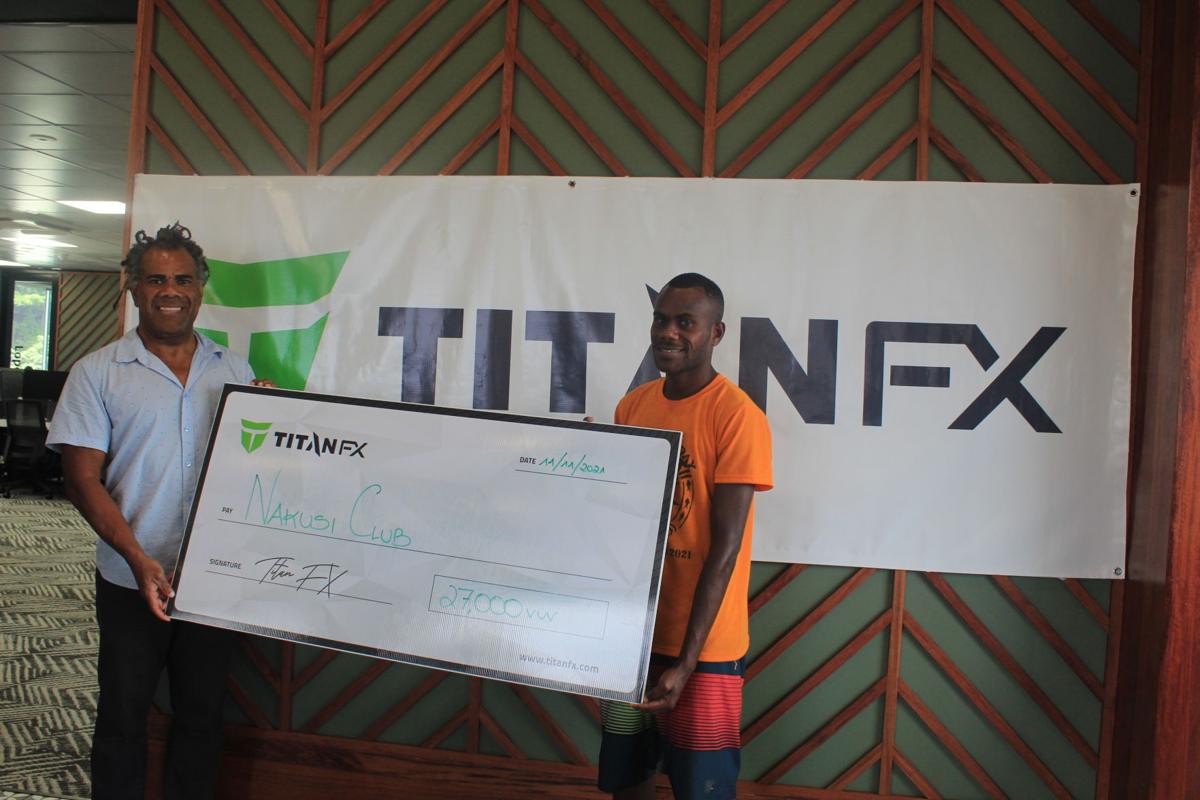 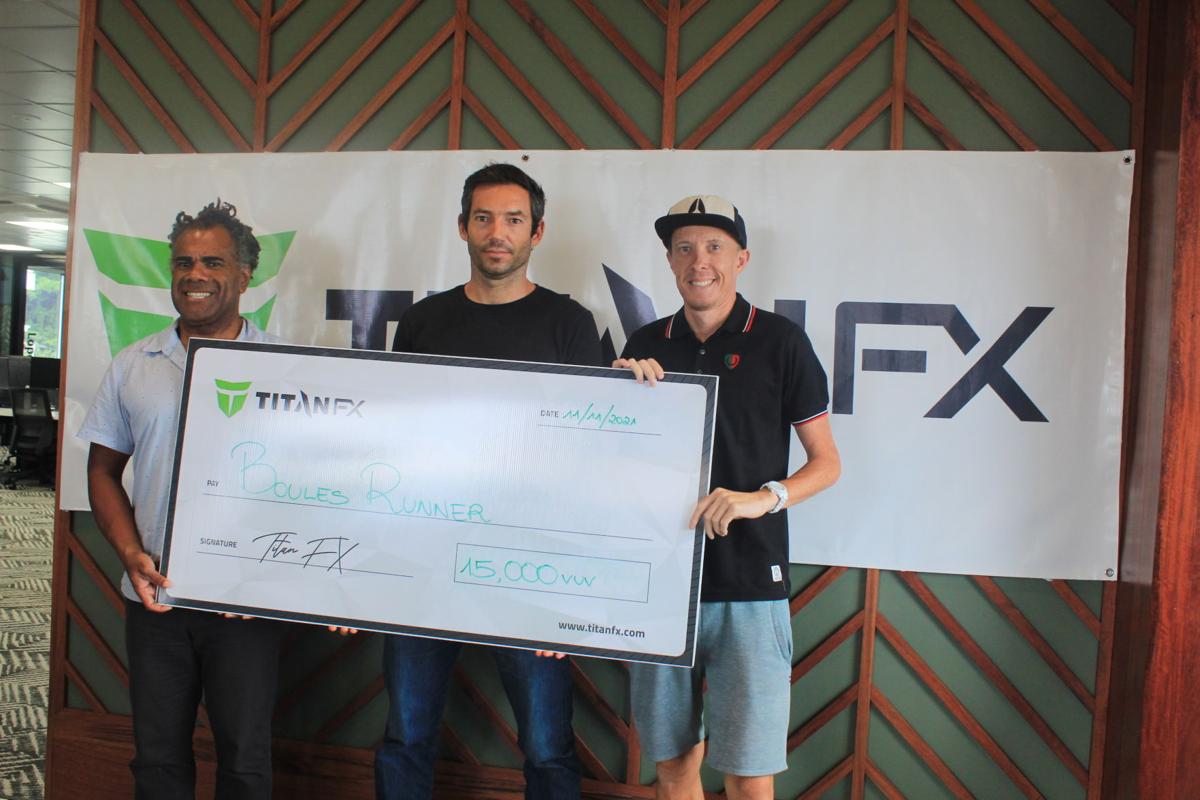 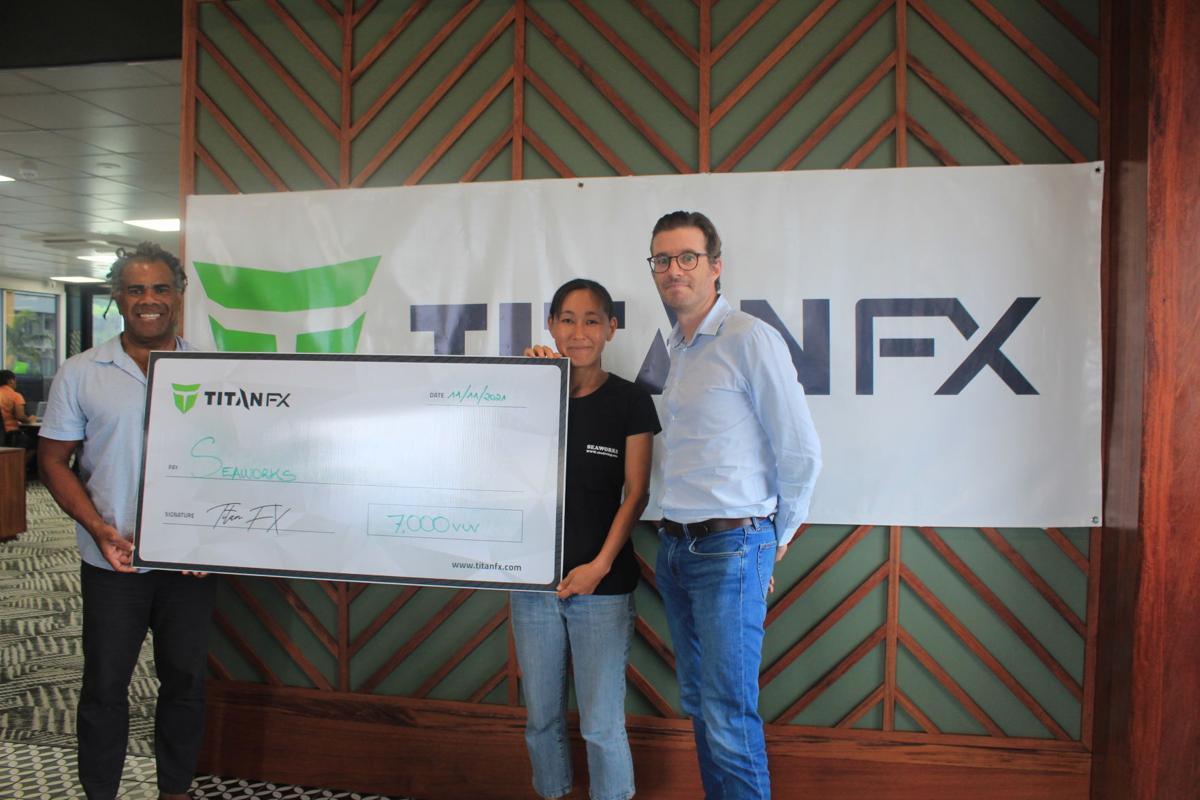 Training at the  the Mt Yasur dunes for one hour and 15minutes paid off for Tanna duo Simon Charley and Patis Nikiau who represented the Nakusi Club One and won the Elite division of the Le Trail Pacific 27km last Saturday.

Hardwork, sacrifices paid off for the duo who train everyday up at Mt Yasur burning their foot at the dunes as they aim to achieve positive results and which they have in the VTO Vanuatu Volcano Run and last Saturday Le Trail Pacific Event.

The duo received Vt27,000 as their prize money from major sponsors Titan FX yesterday the cheque was received by Simon Charley.

" This is the first time for us to take part in this Le Trail Pacific Event and we find it easy because we were running on flat surfaces and no hills.

" Even this was also the first time for my partner and I to participate with each other and i'm so happy with the outcome.

" We came all the way from Tanna to participate and winning first prize is mission accomplished," he said.

When asked on how he will utilise the funds Charley said; " I will use my prize money to buy my track shoes, training shorts," he added.

The duo were also champions of the VTO Vanuatu Volcano Run before coming to Vila to participate in the le Trail Pacific event.

The duo comes from Namakara, a village on the northern slopes of the volcano, and they were proud to represent their village against other clubs and provincial runners on their home territory.

In other results Boules runners Phillippe Morichere and Mathieu Gamba won the the Social/ 15K and received the cheque of vt15,000 and in other main result in the family/8k division the team of father and son representing Seaworks were champions receiving Vt7000.

These winners receive their cheque prizes from Titan FX yesterday.