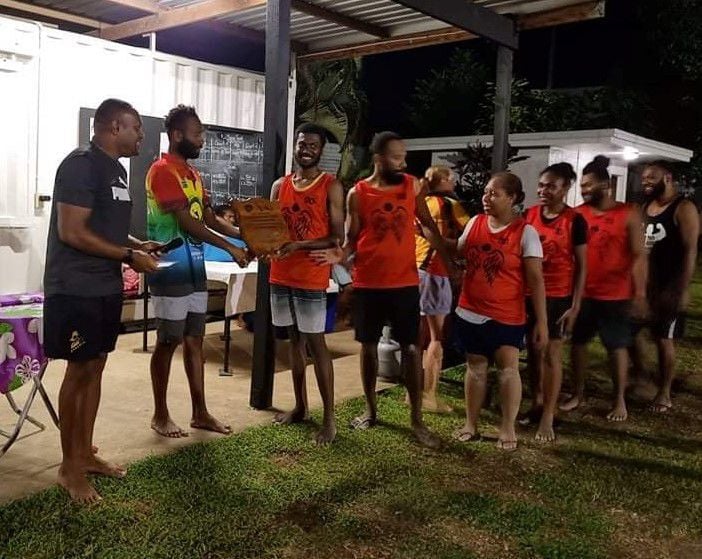 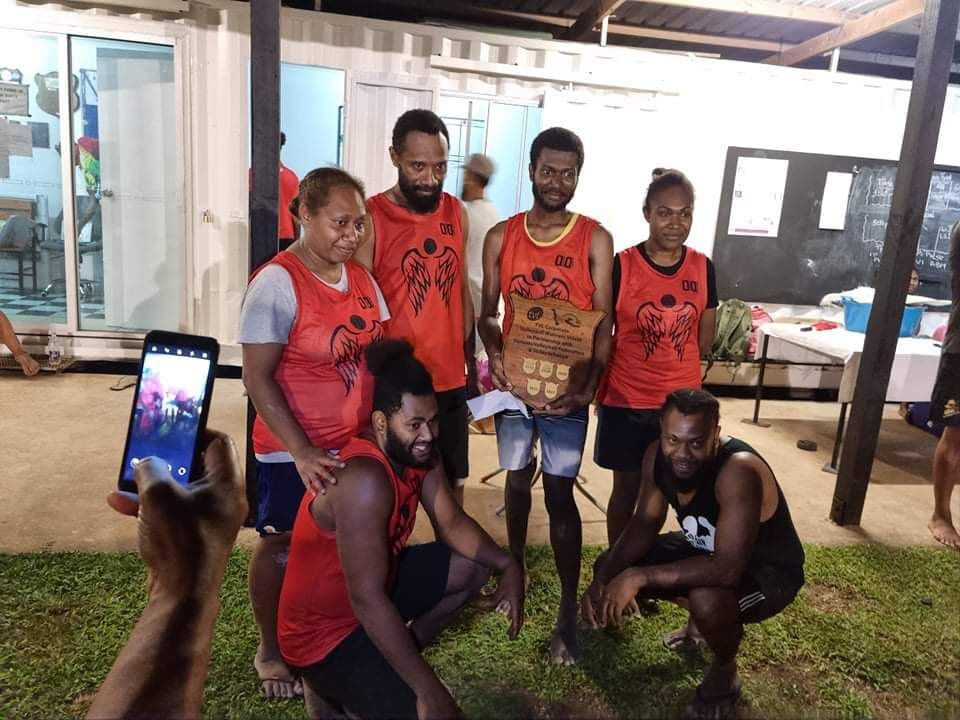 The 2021 Volley4Change Corporate Wellness Shield competition has been run and won with the spoils going to the team from Au Bon Marche.

In an exciting conclusion to the 5-week tournament, ABM defeated the reigning champions from 2019, Team Wilco, 52-28.

18 teams launched the tournament on October 20, taking place each Wednesday night at the VVF home courts in Stade, Port Vila.

The competition was played as a Mixed 4-a-side format, with each team consisting of two men and two women, highlighting the fact volleyball is a sport both men and women can play equally.

The semi-finals kicked off proceedings on 17 November where Wilco took on the challengers from TRBR while Police 1 played ABM.

The final was an exciting affair between Wilco and ABM, with very vocal supporters lining the grass and available seating around the VVF compound, cheering for their favorites, as VVF also live streamed the main court matches on Facebook.

TRBR secured 3rd Place with a hard-fought win over Police 1 in the playoff match.

Much of the excitement was not only for the teams, but in celebration of the fact the tournament was able to take place, having been cancelled in 2020 due to the impact of the global pandemic.

“We were washed out in our opening week, but from then everything ran pretty smoothly,” he said.

“The teams had a great time and we had some really good matches with all players enjoying that they could get back on the courts this year.”

VVF President Debbie Masauvakalo was also pleased to have a feeling of some normality back for the local volleyball community in Port Vila.

“It’s been great to see the turnout from the business sector teams and the local community support they’ve had over these past weeks,” she said.

“It’s been a really hard road over the past 18 months in Vanuatu for the whole community and to be able to hold our annual tournament again is an indication that we’re coming through it ok.”

While Vanuatu, like much of the Pacific, has not been directly affected by coronavirus itself, the fallout from the global impact of the pandemic has hit the small nation hard, eliminating its all-important tourism industry and affecting the livelihoods of many.

Masauvakalo is now feeling positive for the year ahead, as VVF looks to a 2022 which allows for far more community sports involvement as well as a return to the regional and international high-performance opportunities for the national squad.

The V4C Corporate Wellness tournament was delivered under the federation’s Volley4Change program banner which works across the island nation to promote the sport of volleyball and the benefits it can bring to the community on many levels.

The Volley4Change program is supported through funding from the Australian Government under its TeamUp sport for development program and in partnership with the Vanuatu Paralympic Committee and Care Vanuatu.