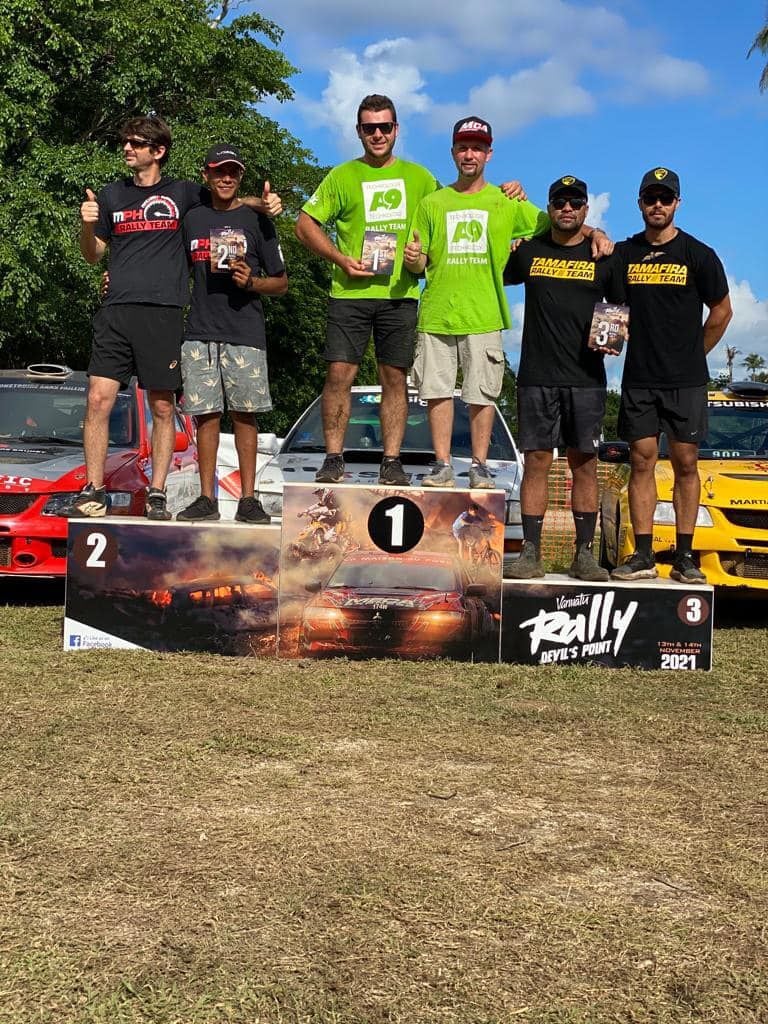 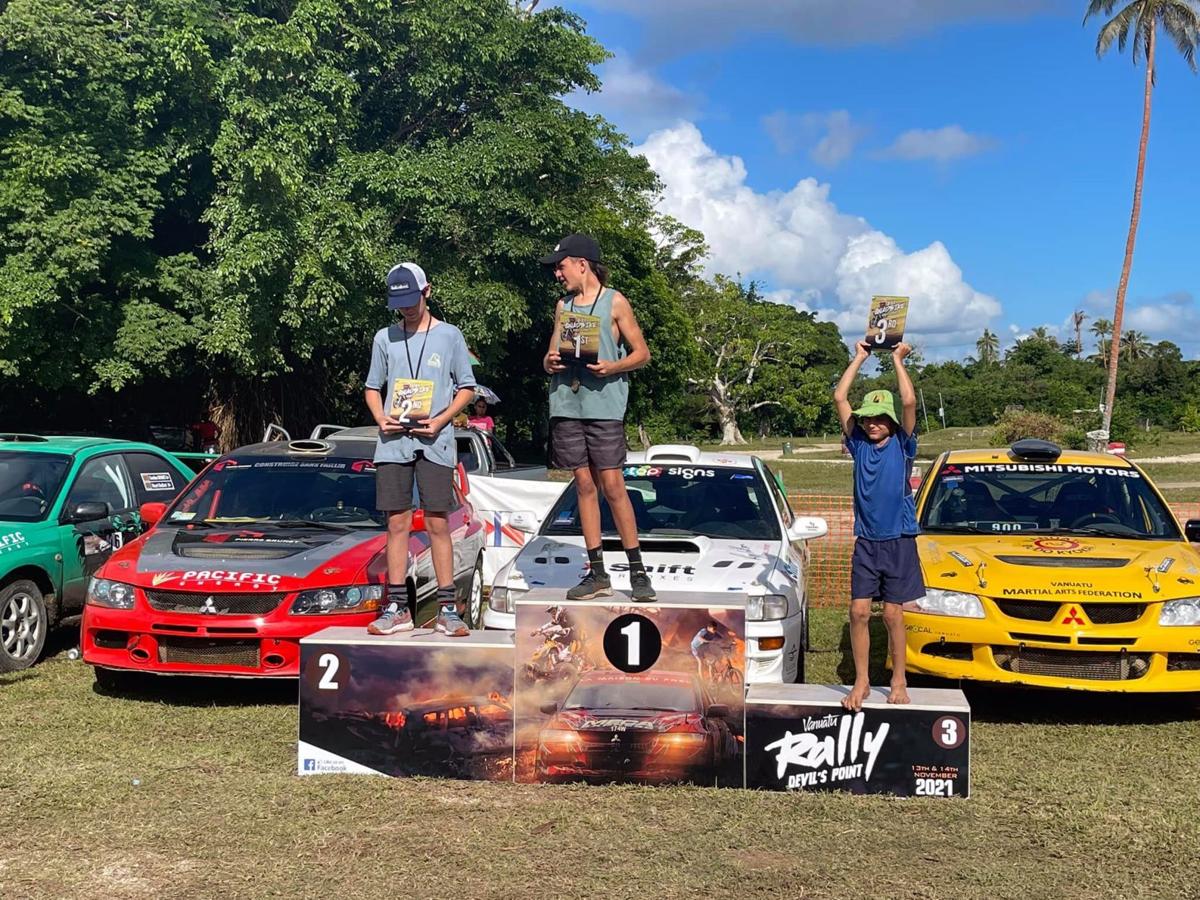 Following a total of 20 stages from Day One and Two team of Julien Lenglet and Dimitri Russet were overall winners of Devils Point Rally.

The duo were also identified after two rally events this year. July at the Bellevue Race and November Devils Point Race.

Pierre Henri Brunet and Mathieu Laurent were runners up and duo Nelson Law and Victor Korikalo finished in third place.

Mr Korikalo was also impressed with the women’s participation.

“A lot of families enjoyed themselves as the kids got to finally race on a proper track.”

Despite the heavy rain on Saturday which causes the slow start in day one, participants regrouped on the second day on Sunday and battled it out.

Korikalo said the rally competition was very tough. Day 1 the track was flooded a lot of vehicles had issues from water getting inside the engines. As they day went on, they managed to dry it out.

“The night stage was Fun. Day 2 was the turnaround point for many of the team, they all competed strongly however Julien Lenglet team was just too good and won the overall 2021 championship finishing with the fastest time throughout most of the stages,” Korikalo added.