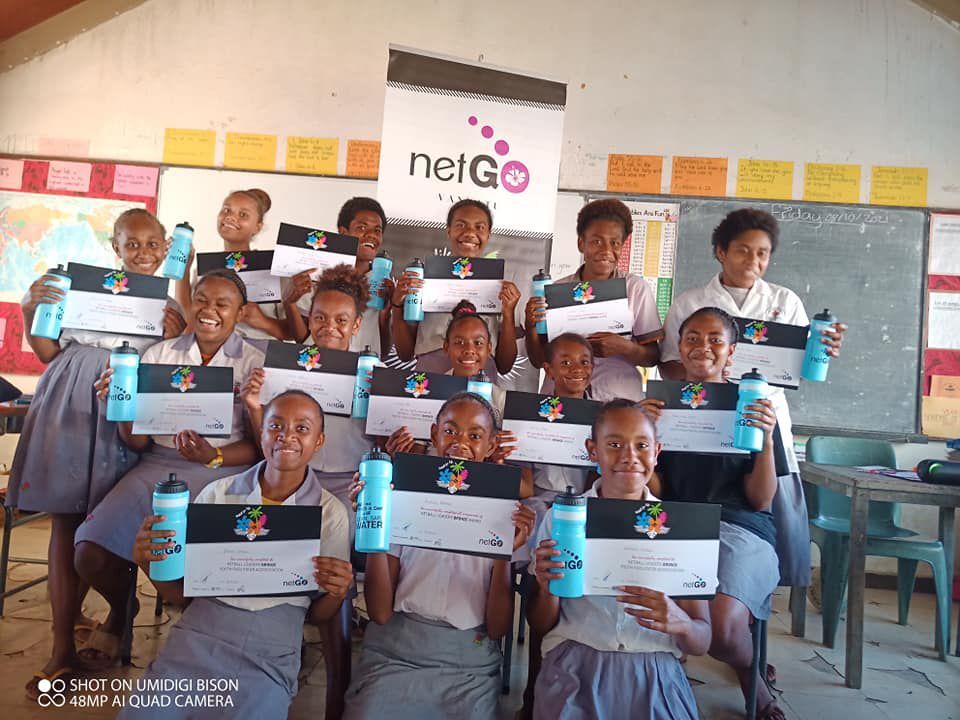 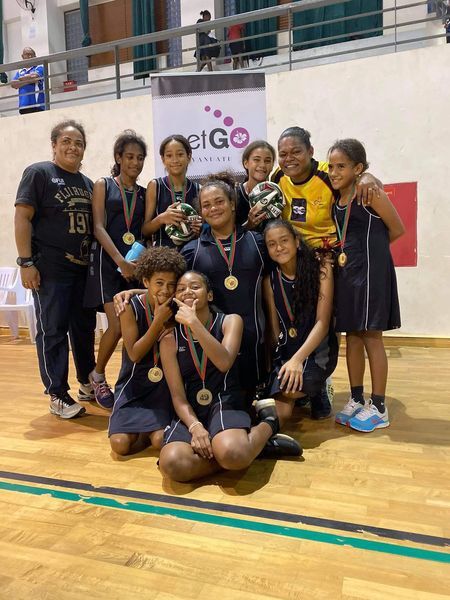 Sumanetts U15 after winning the U15 competition. Photo: NetGo Vanuatu

Sumanetts U15 after winning the U15 competition. Photo: NetGo Vanuatu

Vanuatu Netball NetGo programme deserves to be extended for another two years.

A big salutation to NetGo Country Coordinator Virginia Taravaki for her effort in achieving their two years objective since the inception of the programme in 2020 when the NetGo programme was developed to help deliver the Pacific Sporting Partnership (PSP) which is funded by the New Zealand Ministry of Foreign Affairs and Trade.

One of their main objectives is to start a sub association on Matevulu and Onesua which they have achieved and this was evident in their training programmes, umpire workshops, bench officials which they ran for the two associations. In addition, creating partnerships with the schools which have engaged Vila North and Erakor Bilingual School.

Another main objective of the programme is to increase the number of participants involved in the sport this aim was also achieved as we can see 50 young girls in Efate has been part of the sport alongside more then 35 teachers who have been involved.

In Santo alone 15 schools have engaged themselves with the programme with close to 40 teachers going through training processes.

Other main objectives are to work closely with the Ministry of Health through its NCD unit to provide awareness on NCD through workshops, trainings and other activities and this was well covered by the programme. As study shows that NCD or Non -Communicable diseases kill 41 million people each year so it was a great initiative taken by NetGo programme to talk about real health issues in the community.

It was also evident to see that NetGo programme achieved its objective of training teachers, implementing fundamental movement skills training which was enjoyed by all.

The successful completion of the U15 girls’ competition speaks volume of the programme implementation taken by schools and communities’ teams.

Not only participation on the court but off court as well as students have started to be bench officials and umpires during club games competitions and this is a positive indication of development which the programme is doing to this country.

Who knows this is the positive future for Vanuatu Netball as we look forward to host the 2027 games and having a strong netball line up for the games would be amazing since our last outing in the Pacific Games was in 2015 Games in Port Moresby?

Let’s look at Vanuatu Netball history since its establishment in 1986.

In the World Netball Championships in 1991 for the 8th place Championship in Sydney, Australia Vanuatu was placed in 20th place. For the 1995 World Champs in Birmingham, England we did not participate but made our return in 1999 in the 10th World Championship in Christchurch, New Zealand where we were placed in 16th place.

We only participated in four mini games first was in 1993 which we hosted and was placed 7th, the 2001 games in Norfolk we were again placed 7th and in the recent 2017 Mini Games here in Port Vila we moved up to 4th place.

If NetGo would be granted another 2 years of work there is no doubt Vanuatu Netball will put together a formidable side for the 2023 Pacific Games in Solomon and of course the 2027 games which we are bidding to host.

Our development structure is secured for netball kudos to the hard work of Ms Taravaki and her fellow officers with the likes of Sisilia Roqara and Madlen Vira in Santo.

Let’s rally behind Vanuatu Netball NetGo programme to get their contract extended for another 2 years which they fully deserve!