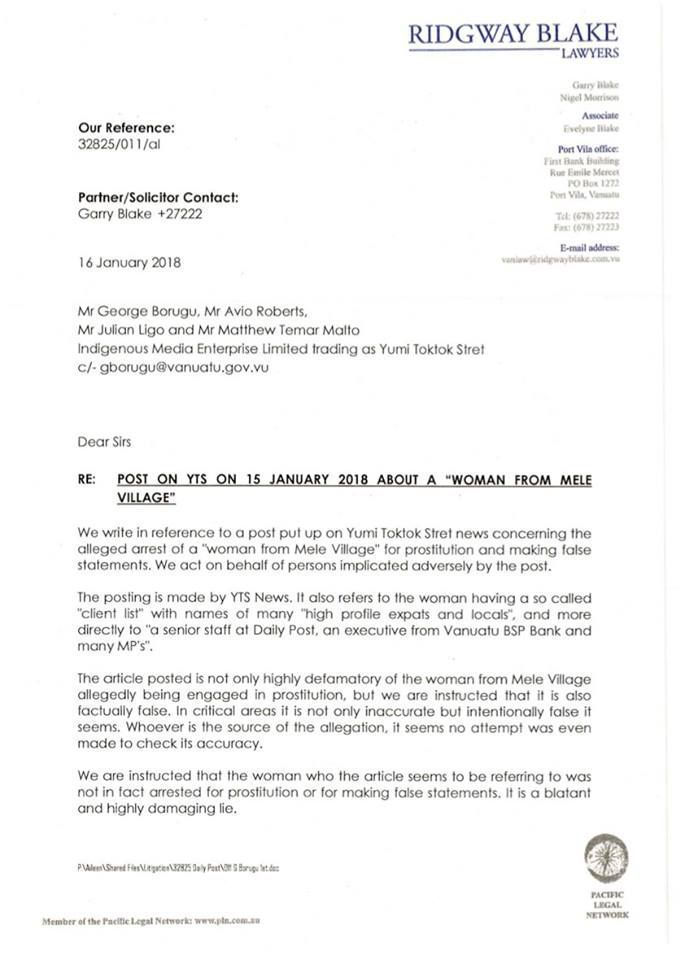 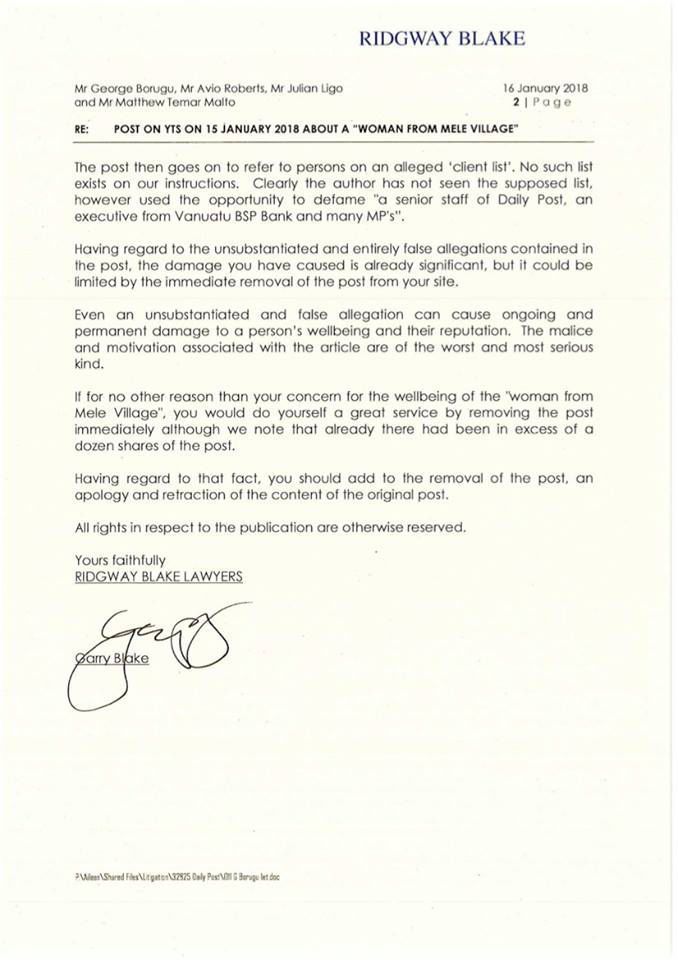 The story is false in every respect. No one was arrested. No one was charged with prostitution. There is no client list. No one at the Daily Post, BSP or in Parliament was on this fictitious list.

The damage caused by these unsubstantiated, false and malicious allegations is already significant. False accusations such as these can follow a person forever.

Indigenous Media must remove these lies from social media, apologise to all concerned, and commit itself to ending this shameful and insulting pattern of behaviour.

This wanton character assassination has to stop. Words have consequences.