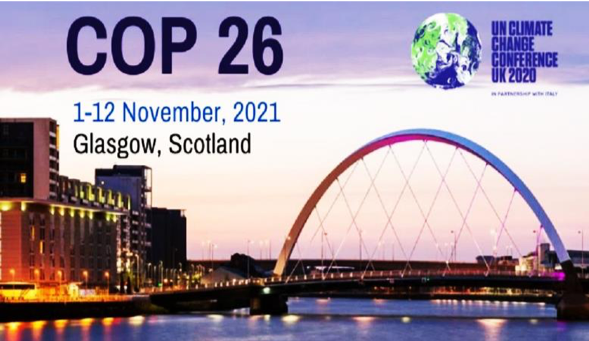 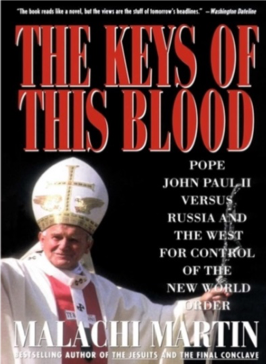 This article looks at a particular global agenda – global authority and control – via the conduit of the 26th Conference of the Parties (COP 26) which commences next Monday (1st Nov) in Glasgow, Scotland. This rather interesting agenda runs profoundly deep into history. We will touch on it only very lightly in today’s article.

The promoters are principally global leaders – past and present.

Their predecesors had deviced and attempted different strategies through time. But the groundwork seems better prepared now than it ever was before.

Some readers may be tempted to quickly call this ‘conspiracy theory’. Not quite the case, and don’t conclude too quickly just yet. If you read on, you’ll understand why it is not.

The Struggle for Global Authority and Control

The late prolific author and Vatican-insider, Malachi Martin wrote in his book (The Keys of this Blood) in 1990 the following introductory statement: “Willing or not, ready or not, we are all involved in an all-out, no holds barred, three-way global competition. Most of us are not competitors, however. We are the stakes.

For the competition is about who will establish the first one-world system of government that has ever existed in the society of nations.

It is about who will hold and wield the dual power of authority and control over each of us as individuals and over all of us together as a community; over the entire six billion people expected by demographers to inhabit the earth by early in the third millennium.”

He continues, “…our way of life as individuals and as citizens of the nations; our families and our jobs; our trade and commerce and money; our educational systems and our religions and our cultures; even the badges of our national identity, which most of us have always taken for granted — all will have been powerfully and radically altered forever.

No one can be exempted from its effects. No sector of our lives will remain untouched.”

The ‘three-way global competition’, according to Malachi Martin, was predominantly a contest between Pope John II versus Russia and the West for control of the new world order, as clearly outlined on the front cover of his book which was published in 1990, barely a year before the collapse of the Soviet Union in December 1991.

With the USSR now gone, we are basically left today with only two of the three contending powers: namely, the West (lead by the United States) and the church (lead by the Papacy).

Viewed from a normal climate change conference, COP 26 will be an extremely important decisive event to address the overarching global issue of reducing global warming to 1.5 degrees Celsius.

But when seen through the lenses of the competition described by Martin above, there’s something grander and more ominous in the works. The struggle for global authority and control is about to reach its climax.

Let’s briefly draw the curtain on history and take a peek. King Nebuchadnezzar of old Babylon, then Cyrus of Medo-Persia, Alexander the Great of Greece, and finally the old Roman Empire which eventually disintegrated into its fragmented state comprising some of the modern nations of Western and Eastern Europe all struggled to rule the world.

According to one writer (M.Finley, 2005, p45) “political leaders in this region of the world [i.e. Europe] have attempted to unite in essentially three ways: politically through war, economically through common currencies, trade agreements, and revenue sharing, and socially through the intermarriage of their offspring.”

To date they’ve not done too well. Europe portrays an appearance of unity, to create ‘one Europe’, but it will not fully unite just as iron cannot mingle or mix with clay (Read the entire Chapter of Daniel 2 in the Bible).

What was missing in the equation for unity throughout history was the absence of an effective ‘Common Enemy’ that would really unite the globe. But they seem to have finally found one lately – Climate Change!

The old Roman empire may be gone, but papal Rome is definitely not. The latter is perfectly well and alive today.

The competition for global authority and control is heating up! They know exactly where they stand. This may be their golden moment to strike.

The “millennium endgame” (as Martin calls it) has only gotten more interesting. This leads us to the controvesial question of ‘REST’. Not any rest.

Not just “rest” as in its everyday meaning. But the ‘rest’ within the context of this conversation is a different sort of rest altogether.

Perhaps another word added to it might help to draw the curtain again and take a quick glimpse at the dark abyss of its historical context: “Rest and Homage”. With that in mind, the biggest question we must objectively ask ourselves though is, ‘Rest in whose Terms’? What’s the deal?

The deal is this. Because the whole world has been living through devastating extreme weather induced and heightened by the rapid effects of climate change, and to add, the devastation to human lives caused by superbugs (e.g. Covid and others), the world’s population needs some form of “Rest”.

But again the question stands, who (which authority) defines that ‘rest’? First and foremost, rest relates to and signifies TIME.

Secondly (and in endeavouring to keep things very brief and simple), rest time is either given by God or imposed by man (human beings).

What’s actually brewing in the modernised old miry clay pot is FORCED REST. The world has been watching this international movement gather momentum for many years. Don’t forget the fierce competition described by Malachi Martin.

According to the Reuters news, on 4th October 2021 Pope Francis and other religious leaders made a joint appeal…for next month’s U.N. Climate Change Conference (COP26) to offer concrete solutions to save the planet from “an unprecedented ecological crisis”.

The “Faith and Science: Towards COP26” meeting brought together Christian leaders including Archbishop of Canterbury Justin Welby and Orthodox Ecumenical Patriarch Bartholomew, as well as representatives of Islam, Judaism, Hinduism, Sikhism, Buddhism, Confucianism, Taoism, Zoroastrianism and Jainism. Some have observed that ‘this rare gathering of religious leaders represent about 84% of the world population.’

How the world leaders react to the ‘Faith and Science’ meeting outcomes remains to be seen, ‘but many Christian and Jewish leaders, and even atheists, have suggested a “Green Sabbath” or “Climate Sunday”.

The obective is to shut down industry one day a week to reduce emisson and let the planet rest’.

Don’t forget one important fact: the Pope ‘has the moral authority to sway public opinion in climate change’.

To quickly conclude, one thing is sure and undeniable. We live today under all sorts of threats to our freedoms and consciences, more than ever before.

Ultimately, when the “millennium endgame” finally reaches its climax, and when a forced day of rest is imposed globally, will you still be found standing?