You are the owner of this article.
Edit Article Add New Article
You have permission to edit this article.
Edit
Home
News
Business News
Opinion
Sports
Tourism
Jobs
Real Estate
Classifieds
Advertise With Us
1 of 6 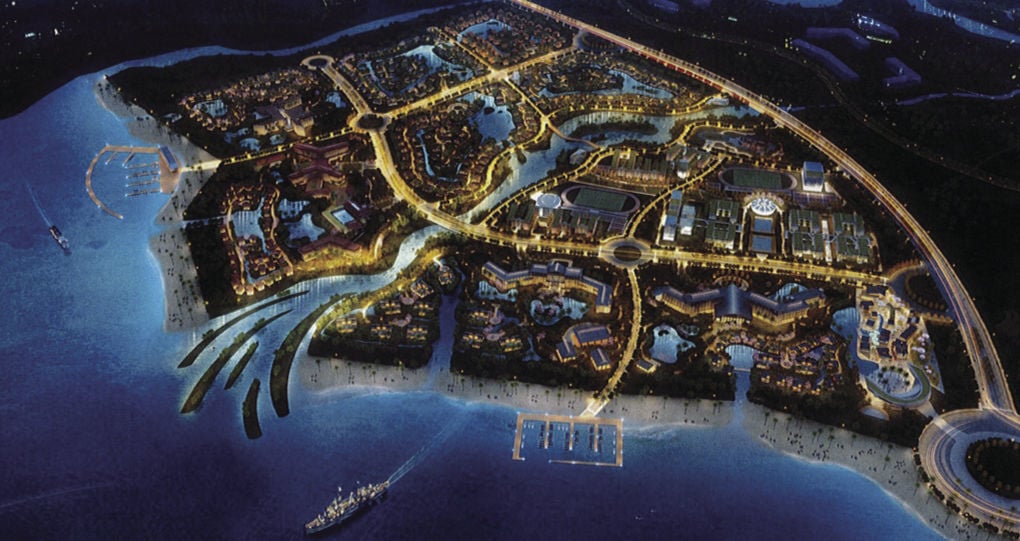 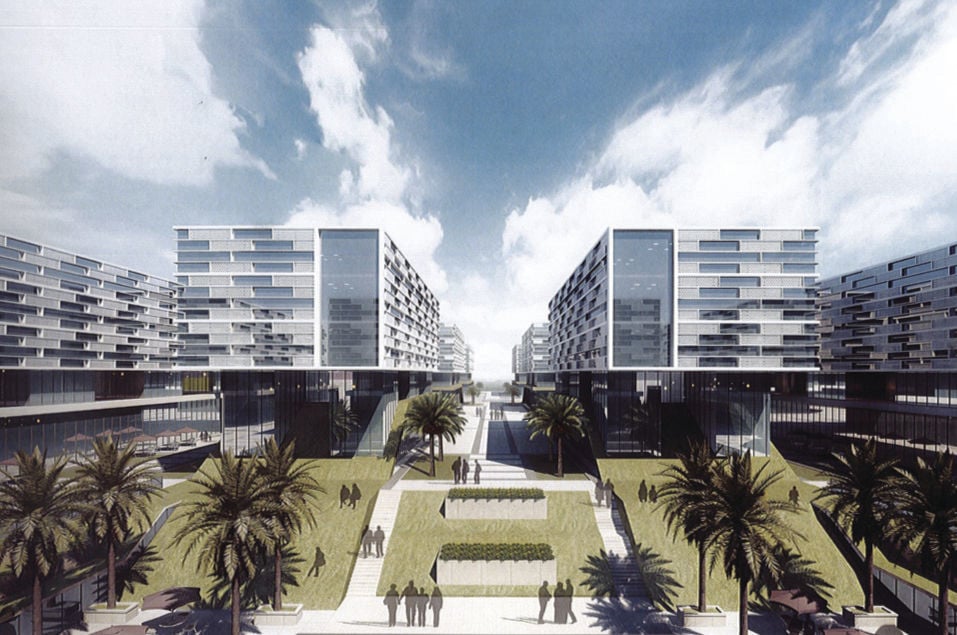 Artist’s impression of the International School 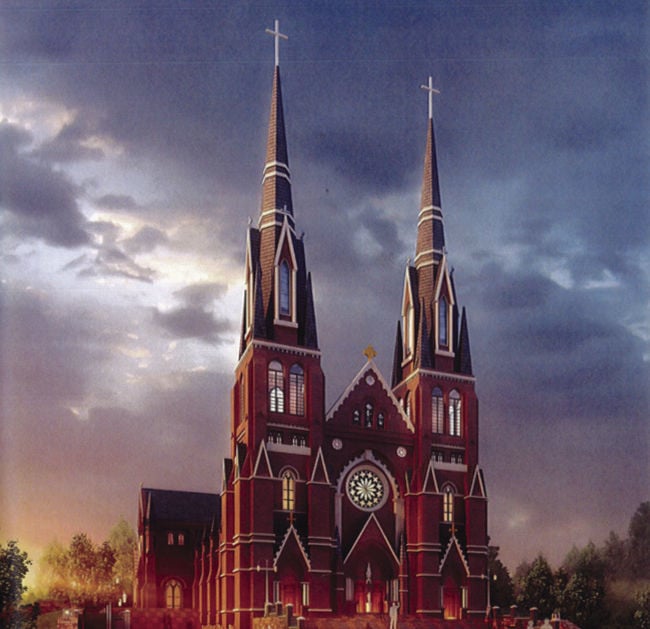 Artist’s impression of the cathedral 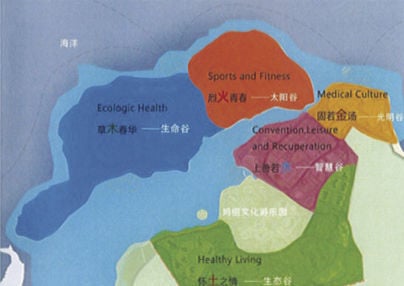 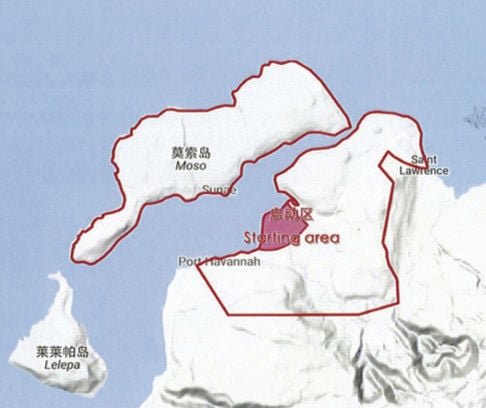 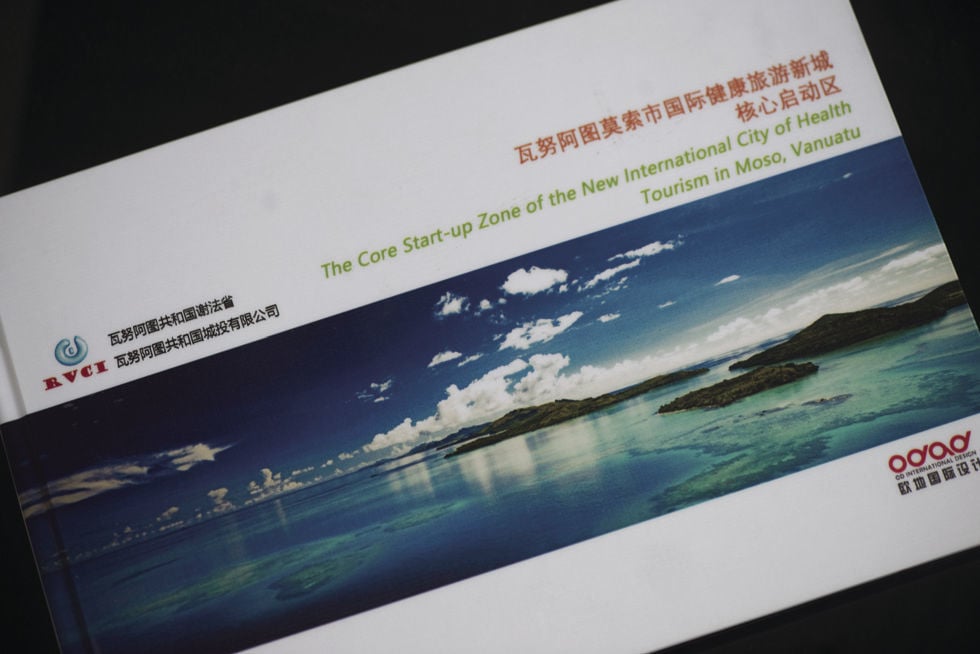 Artist’s impression of the International School

Artist’s impression of the cathedral

Picture this: The twin turrets of a world class cathedral tower over a quiet street not far from the 3000-student international school campus. Down the road, glass-fronted shops sell Versace, Gucci and countless other high-end brands. Starbucks clients spill out onto the sidewalk to enjoy their iced lattes, now that the heat is off the day. Across the bridge to Moso island, the lights from the sports and fitness complex reflect on the calm waters of Havannah Harbour.

Your return home in your smart car is guided by sensors installed in the roadways, leaving you free to peruse the contents of your shopping bags. You glance up as you cross the river, see an expanse of wooded lots receding to a series of teardrop-shaped man-made islands in the river mouth.

Sound too good to be true? It is.

The vision is beautiful. It’s doubtful anyone in Vanuatu would hesitate for a second to live in such a place if it existed on our shores. But it doesn’t, and it’s hard to imagine how it could any time soon.

That hasn’t deterred the Vanuatu City Investment Company from promoting a vision that would transform Havannah Harbour and the entire island of Moso into an idyllic tropical township.

The company was formed in September 2016, with Hu Jianhua owning 90% of the shares. Kai Gao and Zhao Fuli own 5% each. All of them list their address as Nambatu, Port Vila. In early 2017, the company completed the transfer of lease title 12/0313/001 from Sandy Mansakau, Jimmy Ataf and Ben Kalo Manaruru for VT 110 million.

The land in question had been the subject of a years-long dispute prior to that.

In 2009, the Solicitor General, who was Acting Attorney General at the time, issued an instruction to the director of land titles, advising him not to make any registration of the land until the legal matters were resolved. A court order to similar effect was issued by Justice Dudley Aru in 2012 against this three, pending the resolution of civil case 122 of 2012.

PacLII has no listing for such a case. Presumably it was settled or dropped before a judgment was issued.

The Daily Post has seen a land tribunal ruling dating from 2005 stating that the custom owners were Jimmy Meameadora, Kalulu Taripoawia, and Kalfau Matuele, all chiefs from Sunae village on the island of Moso.

These all appear to be chapters in a longstanding issue between inhabitants of the island of Moso, whose rival claims to adjacent areas of the mainland have been the subject of a number of Daily Post articles over the years.

A delegation of chiefs from Sunae village visited the Daily Post earlier this week to express their belief that their claim to the lease in question remains intact.

Nonetheless, the lands registry shows a transfer of lease to Vanuatu City Investment Company, dated the May 30 2017.

But the lush landscapes in their glossy prospectus extend far beyond the boundaries of this one lease. The vision comprises another large swathe of land on Efate, whose owner assured the Daily Post that he had not sold the lease, had no plans to build a city on the land, and had not been contacted by anyone intending to do so.

His leasehold is nonetheless marked down as part of the master plan outlined in the prospectus.

So too is the entire island of Moso. This will no doubt come as a surprise to the inhabitants, who have yet to be informed about giving over their villages and gardens either to the ‘Sport and Fitness’ facility, or to the ‘Ecologic Health’ half of the island.

Artists renditions show the entire island built up, with roads and subdivisions. There is even a bridge across the narrows between Sunae and the adjacent shore.

In fairness, the prospectus’ general design page does seem limited to the land area covered by lease 12/0313/001, although the boundaries don’t match those listed in the map in the lands registry.

Who are the people behind Vanuatu City? That’s not entirely clear. None of the directors or shareholders have an easily found online footprint, although language differences may account for much of this.

There was a Hu Jianhua involved in Tonga’s Pacific International Commercial Bank, whose license was revoked in 2016, when it reportedly failed to follow through on a promise to bring US $100 million into the country. Very little information exists about this bank or its majority shareholder, Mr Hu, so it’s clear whether this is the same person. A reporter who covered the Tongan bank story told the Daily Post, “I never found out who they actually were.”

As pretty as these pictures are, everyone in Vanuatu knows that they go beyond mere hyperbole into the realm of fiction.

Whether it’s wilful or not is immaterial at this stage.

The plain fact is that the island simply couldn’t support the infusion of the kind of infrastructure shown in this booklet—nor could it handle an increase in population that would surely have to be in the tens of thousands.

That may be clear as day to anyone living in Vanuatu, but potential Chinese investors may not be so well-informed.

Planned cities are common in China, and large-scale developments such as the story told in this book are perhaps not commonplace, but examples do exist.

Tianjin’s port area, for example, was utterly transformed following the massive explosion that destroyed much of the city’s port area. Specific terms that appear in the prospectus—‘ecological health area’, for example— were used in a tour of the massive new development given by Chinese authorities to a delegation of Pacific island journalists in 2016.

But what is possible in a global economic powerhouse is not so achievable in a Least Developed Country of a quarter million people.

Why, then, are we allowing people to make promises we know they can’t keep?

That is the question that the chiefs of Sunae village are asking.

What will the world think of Vanuatu when all they see of it are pie in the sky schemes that suck up investor money with little to no prospect of achieving their promised reward?

If we want to be taken seriously as a sovereign nation that respects the rules, then a good place to start would be with the people who are selling investment in our nation to the rest of the world.

Otherwise, we run the risk of people thinking that our motto is ‘long fraud yumi stanap’.

CORRECTION: This article originally stated that the Public Solicitor issued advice to the Director of Land Titles concerning a lease. It was in fact the Solicitor General, who was Acting Attorney General at the time. The text has been corrected to reflect that. We regret the error.

Dreamland on the Harbour