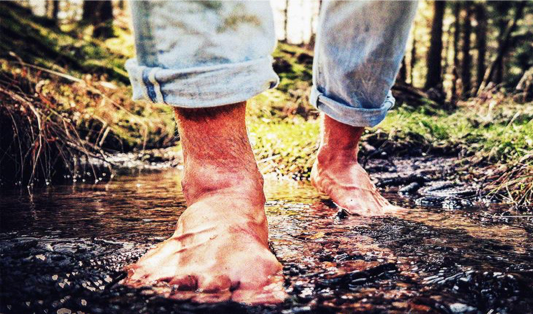 The Distant Voice is a weekly column focusing on various aspects of life and development in Vanuatu.

We’ve been hiatus for a while due to heavy work commitments and took the opportunity to review our banner, thus this newlook version – The Distant Voice. This is its first article. Today we take a look at the massive restlessness that affects all our lives and where to turn amid all the chaos.

He used to command a mighty troop. He was in fact the Commander-in-Chief. But time’s caught up on him. The look on his face was all reflective of a sorely worn-out soldier. He walked with a limp. He still felt young, but the truth is, he is almost spent. His frail body – inflicted by years of hard work, ambition, worry and substance abuse – is at the point of collapse, and death.

Are you worn and weary, running on empty? Are you in need of rest? This question applies to millions in the world today.

What is rest anyway? For someone who starts his normal day around 4am, rest for me begins very early each evening. Dad used to say, ‘Early to bed makes a man healthy, and wealthy and wise’. That was my guiding principle for many years. The only exception was when I burnt the midnight oil at high school and in Canberra a few years ago with those scary assignments at the Crawford School of Public Policy. But it was fun and a very rewarding experience. True rest though is not dependent on any worldly status, qualification or honour. It’s more than these.

Restlessness surrounds and almost engulfs us everyday. If you slow down at times and reflect, you will find that there are many things that can prevent you from finding true rest. Some are obvious and don’t require much attention, while others may be less obvious to us as these run deep within us though we may be oblivious of them. Things such as selfishness, ambition, hypocrisy. I was in this important Appeal Committee meeting early this week and the story was told of a very wealthy local who was busy fighting a court case – this week. I asked what might be the reason and the informant revealed that one of the guy’s employees had taken him to court? Here he was, making millions almost each month, and yet had the ability to underpay his workers. It boggles the mind, but real. All for ‘the love of money’. So he must appear in the witness stand. Rest?

The world we live in today keeps most people busy almost 24-7, which can result in restlessness and fear in our lives. Fear for our survival tomorrow, fear of the unknown, fear of almost anything.

As someone recently wrote, ‘our lives are governed by rush hours, work hours, medical appointments, virtual conversations, shopping, school functions’, and lately, the rush to book flights and ships to celebrations all over the country – now that we’re still on lockdown from normal international travel.

The little girl in the aeroplane

This Boeing 747 flight was just about to cross a major storm. The passengers were advised a few minutes earlier to ‘tighten your seat belts’ in preparation for the shaky ride. Then came the moment; a few minutes later ‘someone shrieked in the back’, so goes the story. Terrible images flickered through the passengers’ minds. Will this aeroplane’s wings break off? Will we crash? There was a very tense and eerie feeling among the passengers, all except a little girl seated in the front row of economy.

Guess what the little girl was doing? The story goes, ‘she was busy drawing a picture on the open tray table before her. Now and again, she would look out the small window at a particularly impressive lightning strike, but then she would calmly resume her drawing’.

Soon the plane landed and as the passengers were queueing up to leave the aircraft, an observant passenger quietly asked the little girl why she did not appear to be afraid during the terrifying experience earlier that evening.

Why wasn’t she afraid like everybody else? Then the girl responded, ‘I wasn’t scared because…my dad is the pilot, and I knew he was taking me home.’ How about that for an answer? The million-dollar question again, are you worn and weary, running on empty?

Sometime in 2014 I attended Shefa COM on the beautiful island of Epi together with all other senior officials and Ministers. A brother and I were accommodated at a relative’s house at Lamen Bay. The brother loved kava – as a sedative and as a relaxant, as most people do these days. Later that evening I asked the host family where the brother was.

The family member responded with a cheeky laugh, ‘he is still somewhere down the beach engaging in wise talk’. Not knowing what ‘wise talk’ was as I’d never heard of it before, I asked what the phrase meant and the answer was, ‘you know…that kind of seemingly very serious discussion over kava that fades away as the sun rises the next morning?” I later learned a better phrase for it; ‘wise blong kava’, which in my mind equates to fake rest and false rest.

It gives you an illusion of ‘rest’ (from worry, troubles, anxiety, etc.) this evening, though the very next morning thinking you are sober, your problems haven’t actually gone away, they’re still there, freshly haunting you as they have up till yesterday before you lifted that/those shell(s). From mudness to madness.

There is no verse in the entire Bible that refers to the word ‘kava’ (just as nowhere in the bible do we find the word ‘Vanuatu Tusker’), but the principles cannot go unnotice. Deut 29:19 seems to describe the setting.

The man imagines and looks for ‘peace’ through drunkenness. In his imagination “I shall have peace” but he/she is only adding ‘drunkenness to thirst’. That’s why the session can last up to or beyond midnight, and the poor guy is still not satisfied. It’s all an illusion, thus a false sense of peace.

Rest for the Restless

One way to finding true and lasting peace and rest is to forgive. Much of the restlessness that surrounds us today is caused by anxiety, anger, resentment, revenge and all.

The world pretends to offer solutions for rest through drugs, sleeping pills and other forms of tranquilizers, but these have all failed time and time again.

How about Rest in Christ? I shared an entire box of lesson pamphlets with inmates at both the low risk and medium risk jails in early July this year on this very subject. Last week they called to ask for a new set of lessons which I delivered them yesterday.

There is deep restlessness all around us. Question is, where are you running to find rest? Are you sure it’s the right direction or you’ve just been chasing after the wind?