Removal of the third wreckage at Iririki Island yesterday 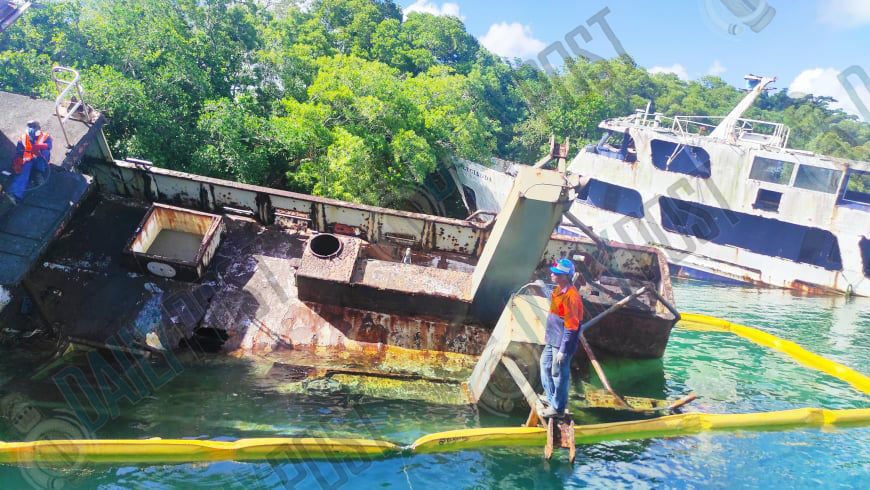 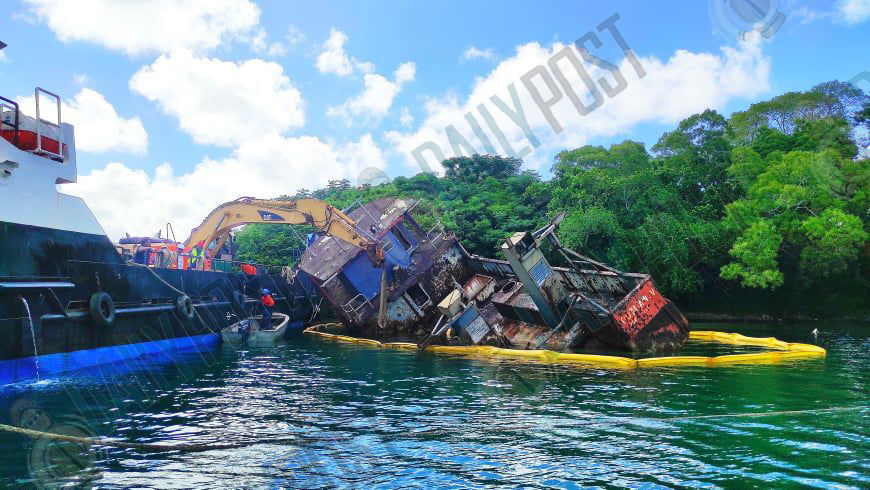 The wreckage removal is being done by Ocean Logistics Ltd. Photo: Kizzy Kalsakau

Removal of the third wreckage at Iririki Island yesterday

The wreckage removal is being done by Ocean Logistics Ltd. Photo: Kizzy Kalsakau

Five ships that were abandoned at the shores of Iririki in Port Vila harbour since cyclone Pam are now being removed, after the government begun real discussions on the operation initiation early last year.

A local company, Oceans Logistics Limited, has been contracted to remove the hazardous wrecks at a cost of over VT48 million for five months.

Works begun since before Christmas under the supervision of the Department of Ports and being monitored by the Office of the Maritime Regulator, Ministry of Infrastructure and Public Utilities (MIPU) and other partners.

So far, two smaller vessels have already been removed. Removal of three other bigger vessels with over 100 tonnage has begun. After the large wrecks are removed, there will be a final clean-up before the operation is considered completed. All wrecks will be properly disposed after removal.

Residents have complained about the pollution and debris in the harbour over the years.

Senior Legal Officer of OMR, Lloyd Fikiasi, said the water has been cleaned of fuel since 2015 and what was left is purely rusted steel equipment.

While the burden of any ship wreckage removal rest on the owners, the registered owners for the wrecks at Iririki could not be located. They may have left the country as most of the ships were owned by foreigners.

Thus, the government is now committing itself to the salvage operation.

Chief Executive Officer (CEO) of Oceans Logistics Ltd, Andrew Bohn, said he expect the works to be completed before the required deadline.

This is not the first time for the company to undertake wreckage removal. Bohn said the company was subcontracted for the removal of much larger wreckage in Solomon Islands in 2019.

First Political Advisor to MIPU, Milroy Cainton, said the government has decided to utilize local companies that have experience and capacity in such projects, instead of recruiting from overseas.

The process to remove the wrecks has been very lengthy, due to budget issues, said Fikiasi. He conveyed plans to work on a wreck at Moso Island after completing the operation in Port Vila harbour.

Director General (DG) of MIPU, Johnson Binaru, said the Wreckage Removal Operation is being conducted under the amended Ports Act.

Under the Act, the Director of Ports & Harbour can issue notice to owners of the wrecks for removal and if the owners do not respond, the government can remove the wrecks and seeks repayment from owners later, he said.

“There was a lot of publicity on the wrecks removal last year. The public has questioned when it will be realized. It is a good start for MIPU now that works are actually underway,” he added.