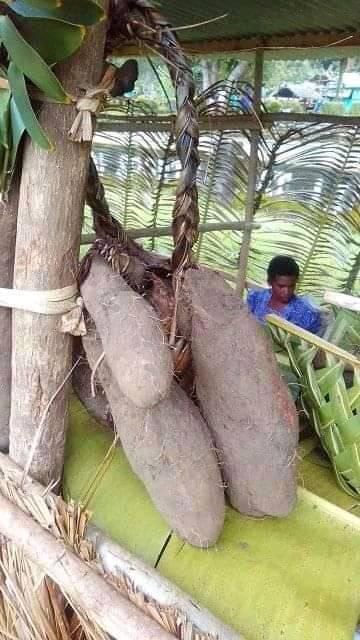 A three-day Slow Food Festival organised by the Paama Area Council is underway at Liro, the island’s administrative centre, following the declaration by the Department of Local Authorities (DLA) yesterday.

“The event supports the government’s vision of increasing agricultural production and export,” he said.

It is also part of the island’s preparation towards the next National Agricultural Festival scheduled to be held in MALAMPA Province, in 2023, he said.

A delegation from DLA traveled from Port Vila to Paama for today’s launching.

The Principal Planning Officer from DLA, Michelle Trief, who declared the event opened yesterday, confirmed Paama Area Council being the first of Vanuatu’s 71 Area Councils to have organised a Slow Food Festival.

The launching of the Slow Food Festival coincided with the opening of the Area Council’s Solar System, funded by the DLA and installed by eTech (Vanuatu) Ltd.

Area Administrator Willie said the solar system is now providing electricity not only to the area council office but other government offices and private stores located at the administrative centre area.

He added that the solar system will not only provide lighting but will also enable them to scan, photocopy and print documents.