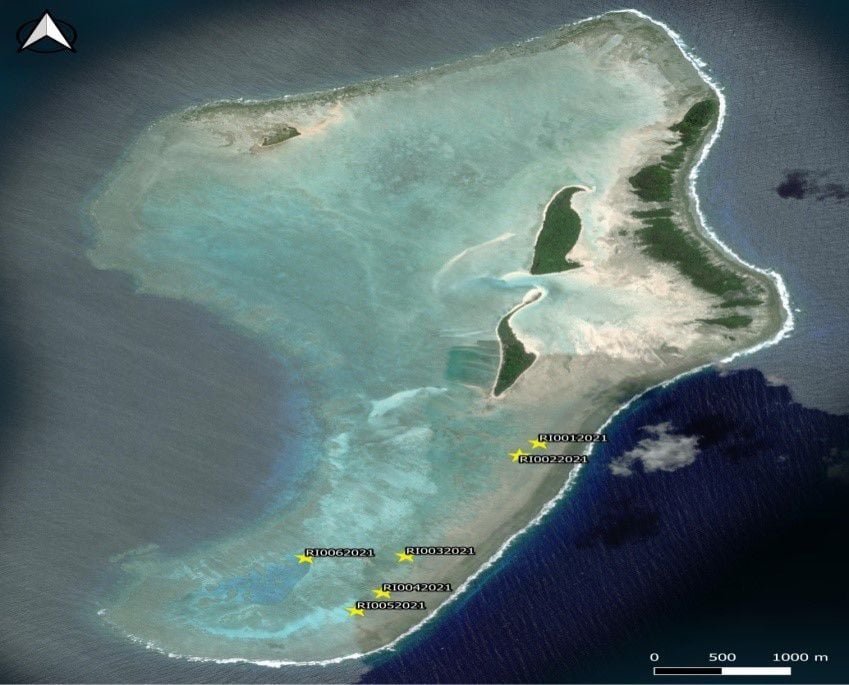 This follows the recent data collection from the office of the fisheries officer in Mota Lava island on alarming fish catch at the Reef islands.

The head of the Ocean Affairs Division, Toney Tevi, said the aim of their mission was to undertake a rapid assessment to survey the current status of marine life including fish, shellfish and coral reef and their findings will assist further decision making on the prospect of management of the Reef Islands.

“The biodiversity assessment area is approximately 3 kilometre2 , covering a total of 6 assessment stations,” he explained.

“Observations and findings were obtained according to the following procedures. For each transect sediment type and substratum coverage variables were estimated using photographic method which was developed to quantitatively describe the reef habitat.

“A total of 25 pictures were taken for each transect line, one every two meter and further imported into an image analysis software. It included efficient, user features for the estimation of sediment and sub strum cover. Sampling was conducted through underwater observations. Fish and invertebrate data collected and recorded by snorkeler swimming within a 2-meter corridor along the 50m transect. The assessments on invertebrate were targeted only to commercial invertebrate species including Trochus, Giant clams, Sea cucumber and Green snail.”

Mr. Tevi said the result of the coral analysis indicated that the reef area has been undergoing severe pressure which has resulted in only 15.6% of the overall percentage of live coral cover.

He said the benchmark that determines the status of a healthy coral reef is above 25 percent of live coral and below indicates that the reef ecosystem is under major stress of coral degradation and live coral cover represents an extreme risk of degradation and will definitely take more years towards recovery if no management measure is implemented immediately.

Because most of the islands of Banks cannot breed cattle or pigs, Reef Islands is the main area for them to catch fish for the festivities.

The head of the Ocean Affairs Division said a total of 197 fish count with approximately 18 different fish species were identified.

“90% of all the fish species observed were undersized,” he said. “One possible reason is due to huge pressure of fishing activities and high usage of destructive fishing gears such as gillnets.

“The three most observed species were the yellow striped snapper, black surgeon and convict surgeonfish. Other species which were meant to be protected because of their ecological role in restoring the health of coral reefs such as the parrot fish were less abundant, suggesting a need for more protection and conservation.”

Following the one-week assessment on Reef Islands, Mr. Tevi recommend a management plan to be develop for the resources of Reef Islands and full marine biodiversity assessment to be conducted.