You have permission to edit this article.
Edit
Home
News
Business
Features
Opinion
Sports
Tourism
Classifieds
Tender / Public Notice
Advertise With Us
1 of 17 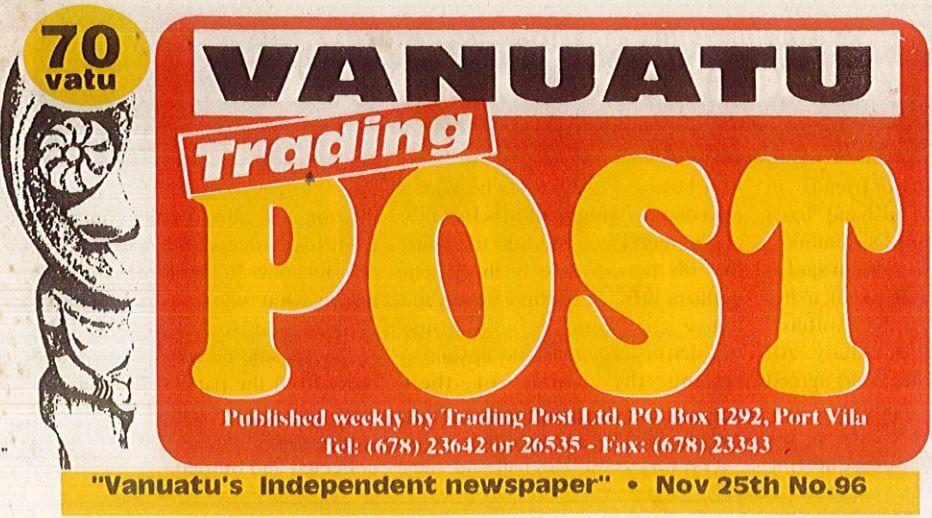 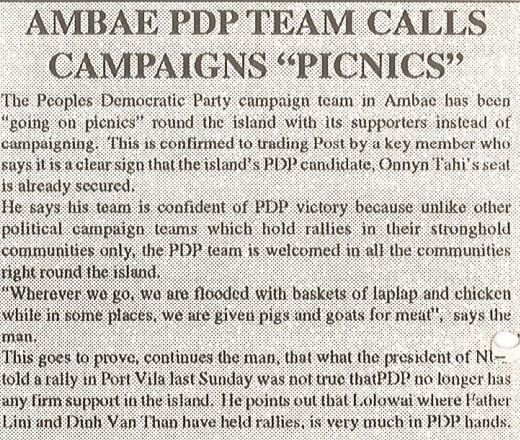 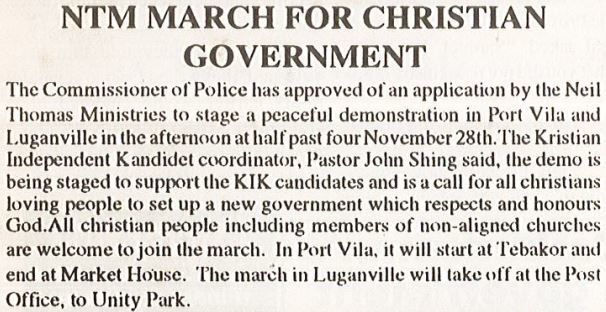 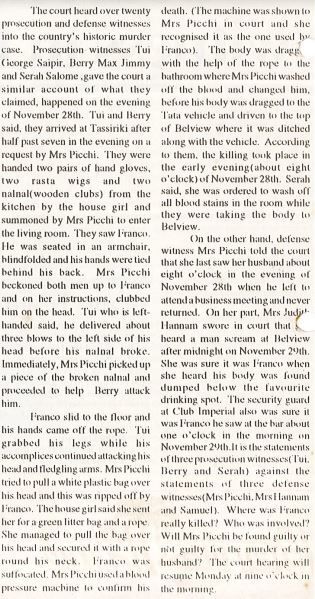 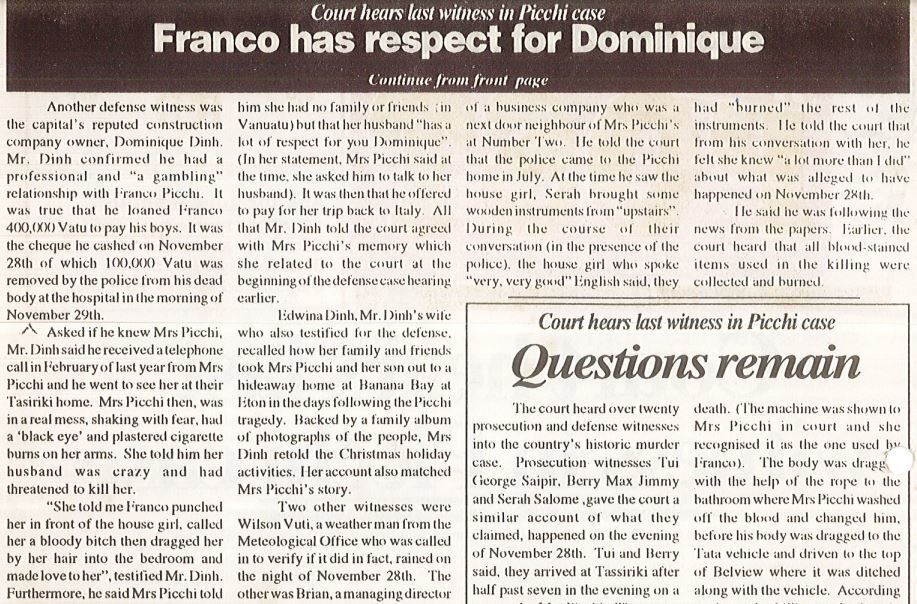 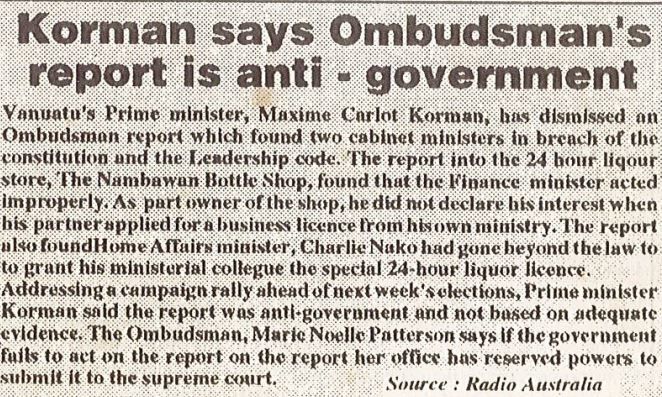 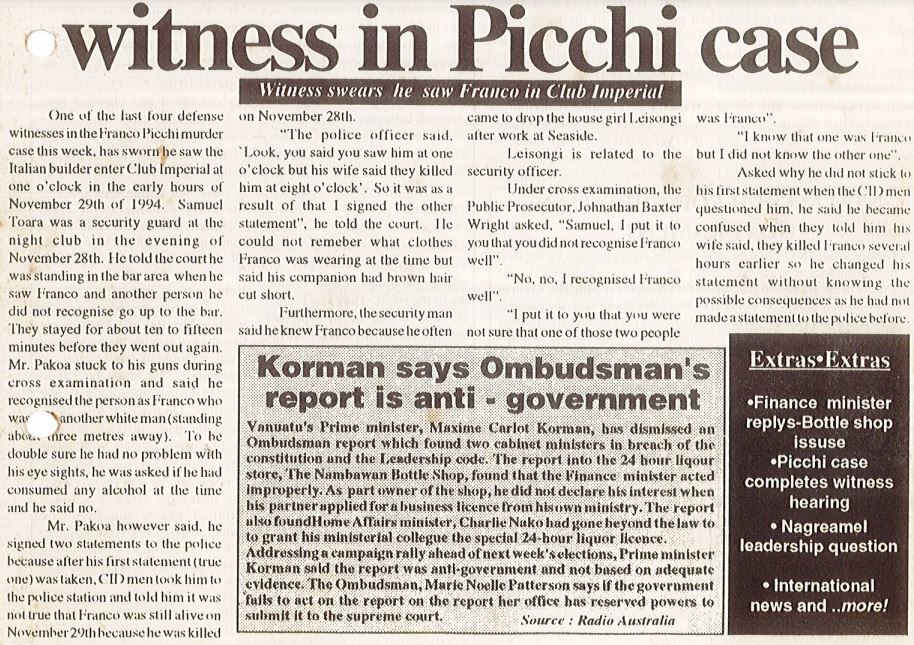 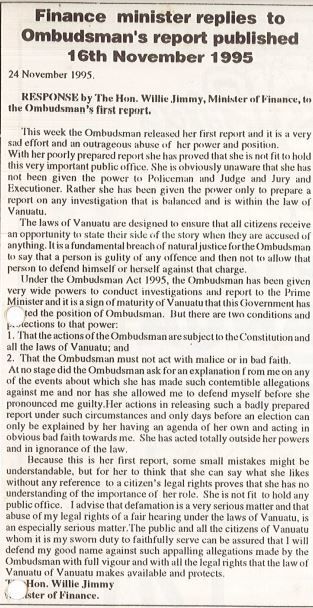 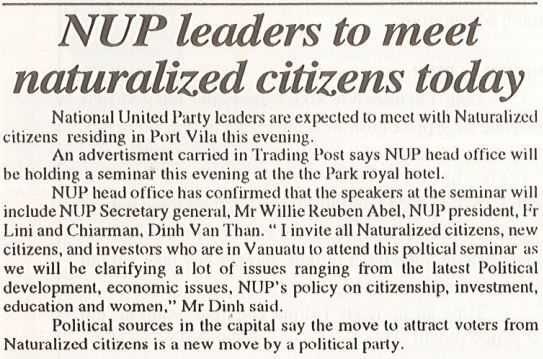 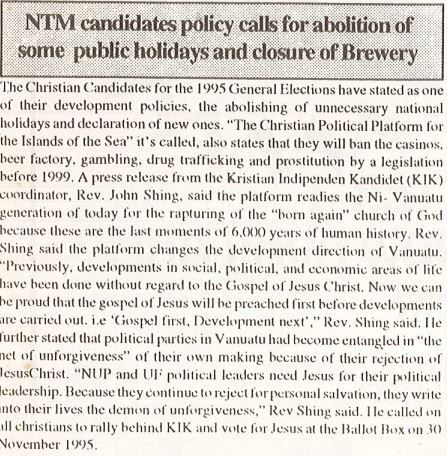 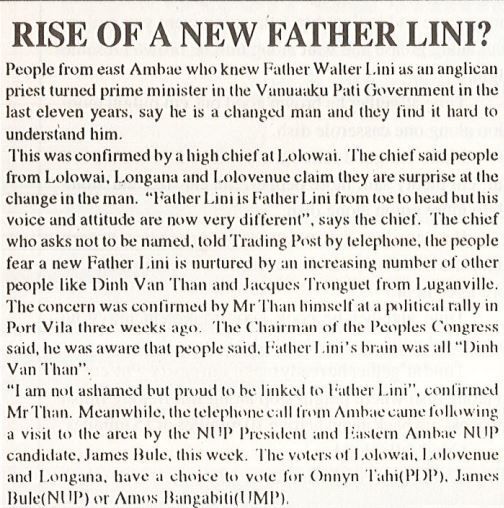 One of the last four defence witnesses in the Franco Picchi murder case testified he saw the Italian builder enter Club Imperial at 1am in the early hours of November 29, 1994; the court heard that all blood-stained items used in the killing were collected and burned; and then Prime Minister Maxime Carlot Korman labelled an Ombudsman’s report as anti-government.

These are some of the highlights in Issue No. 96 of the Vanuatu Trading Post which was published on this date, 26 years ago.