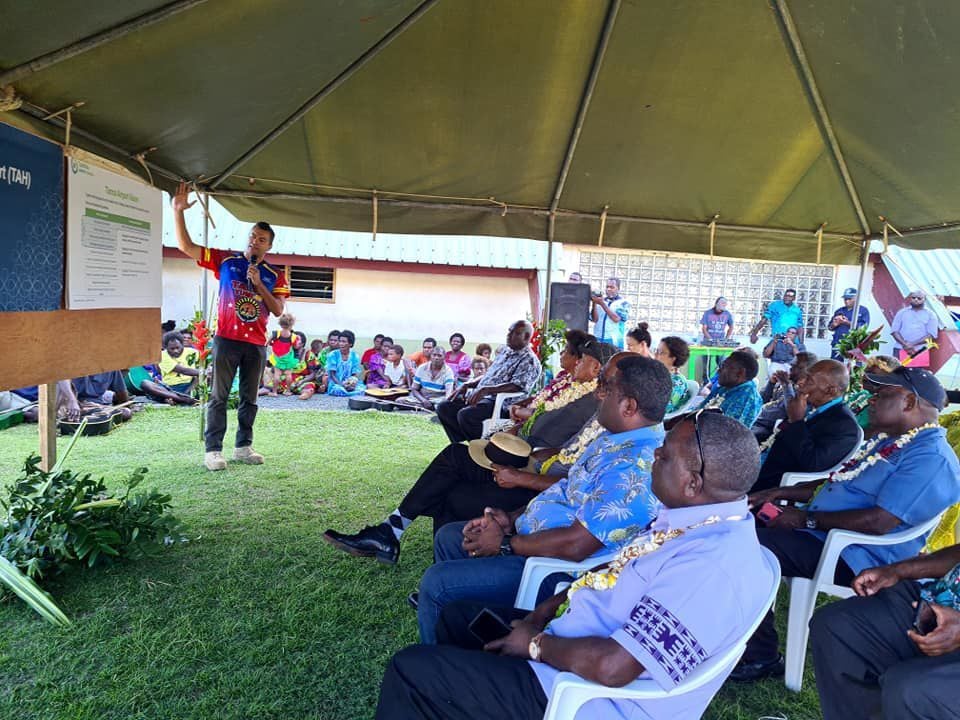 Tanna Airport launched a project to provide lighting for the airfield and extend hours of operation flights, as part of the 40th anniversary of TAFEA Province.

The lighting will be solar powered and the project will be completed with funding support sourced from the Government of Vanuatu’s Ministry of Infrastructure and Public Utilities (MIPU).

Air access is critical for remote provinces such as Tafea, where Tanna Airport acts as the hub to the region, linking the nation’s capital to Tanna and the outer island communities of Aneityum, Futuna, Erromango, and Aniwa.

Tanna Airport’s Solar Airfield Lighting Project is of huge operational significance to the airline partners, airport users, the community, and the province. Beyond the operational impacts, the project has sustainability at its core, in its use of solar.

Airports Vanuatu conducted a thorough review of lighting options and selected the solar option as the optimum solution for Tanna Airport. The decision is in line with Airports Vanuatu Limited’s (AVL) commitment to reduce its carbon footprint and support the global aviation community in achieving its goals of reducing its environmental impact.

AVL aims to achieve this through participation in the Airports Council International (ACI) Airport Carbon Accreditation (ACA) programme, which guides airports through stages of actively reducing their carbon footprint through various initiatives.

Tanna Airport Manager, Edward Natuoivi, commented, “The solar technology is proven, operates well in other similar locations and is ideally suited to the open location and sunshine we enjoy here on Tanna. The installation is relatively straightforward, requiring minimal preparation with no cabling and trenching and also has increased flexibility for future airport expansion.

“The system of lights is linked wirelessly and controlled by the aircraft approaching the runway and the airfield operator. Ultimately the greatest benefit is the sustainability of solar as a power source, in that ongoing operating costs are minimised.

“This project will be a landmark investment in the airport and deliver long term benefits to our users and our community”.

Chief Executive Officer (CEO) of AVL, Jason Rakau, thanked MIPU for the initiative which will make a significant difference in the lives of the people in the province.

“Socially, access to air services will be extended with the extra hours of operation beyond daylight,” he said.

“When there’s a health emergency and a medivac flight is required, we will no longer be limited to daylight operations only.

“Economically, the extension to evening and night-time flying will be a significant boost to tourism. Tourists have long enjoyed visiting the province and experiencing the majesty of Mt Yasur as the night falls. Now flights returning to Port Vila will be able to depart later into the evening, to truly experience the volcano at its best, in the twilight and at night.”