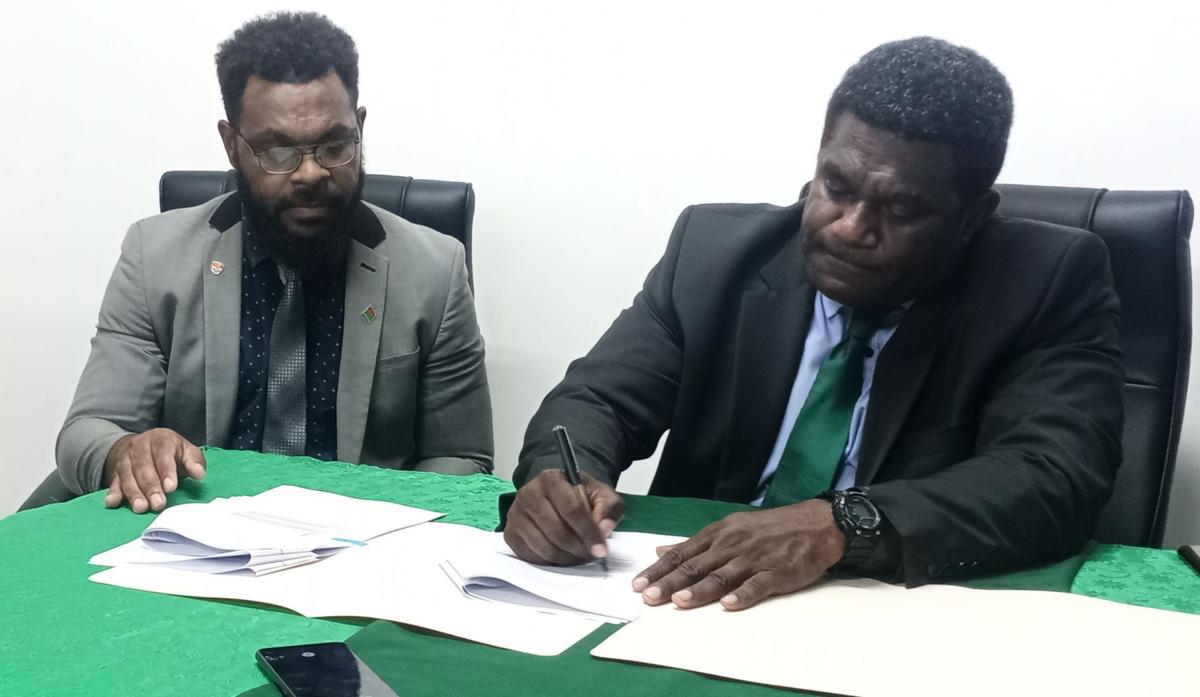 Vanuatu is set to receive the first batch of 14, 400 Johnson and Johnson (J&J) single-shot vaccines next month, following the indemnity agreement signed between the Government and COVAX Facility yesterday.

This would be the third COVID-19 vaccine to be used in Vanuatu, after AstraZeneca and Sinopharm. The vaccines will be supplied by the governments of Netherland and Portugal, through the COVAX Facility.

The single-shot vaccine is ideal for hard-to- reach and more remote communities where people have to walk long distances to the vaccination sites and recalling people for a second dose might be a challenge.

J&J is an attractive option for health workers who may face logistic challenges in reaching rural areas to administer second shots, said the Acting Director General (DG) of the Ministry of Health (MOH), Samuel Posikai.

The government is focussing on administrating shots to many citizens as possible, to meet the national target of having 90% of the adult population vaccinated with at least one dose of vaccine by the end of this year and 70% fully vaccinated by the end of March 2022.

The Minister of Finance, Johnny Koanapo, said the faster more people are vaccinated, the quicker the international border will be reopened, to boost the country’s economic growth.

“According to a study released by the Lowy Institute, the slow vaccination rate in Vanuatu and other Pacific countries like Papua New Guinea and Solomon Islands, resulted from factors which include misinformation,” he said.

“Our borders need to be reopened, to stir up our economy and recovery. Based on the report, our economy recovery growth will remain slow for the next years if the vaccination rate remains slow. This is not what the government want.

“We cannot open the border until we reach our national vaccination target. Therefore, everyone has a responsibility to act — get vaccinated and protect each other against coronavirus.”

Finance Minister Koanapo signed the agreement yesterday, on behalf of the government, to bring in the third COVID-19 vaccine.

Chief of UNICEF Vanuatu, Eric Durpaire, confirmed that Vanuatu is expected to receive a second batch of J&J vaccines with the similar quantity.

The only difference for J&J is that it is a single dose, however, the strength of protection against coronavirus is similar to other WHO approved vaccines like AstraZeneca and Sinopharm, said the Acting DG Samuel.

The reason for bringing in J&J is for easy distribution in remote areas, he added.

Dr. Philippe Guyant from the World Health Organisation (WHO) said a plan to identify coverage areas and outline the distribution channel will be developed soon.