You have permission to edit this article.
Edit
Home
News
Business News
Special Features
Opinion
Sports
Tourism
Classifieds
Advertise With Us
1 of 5 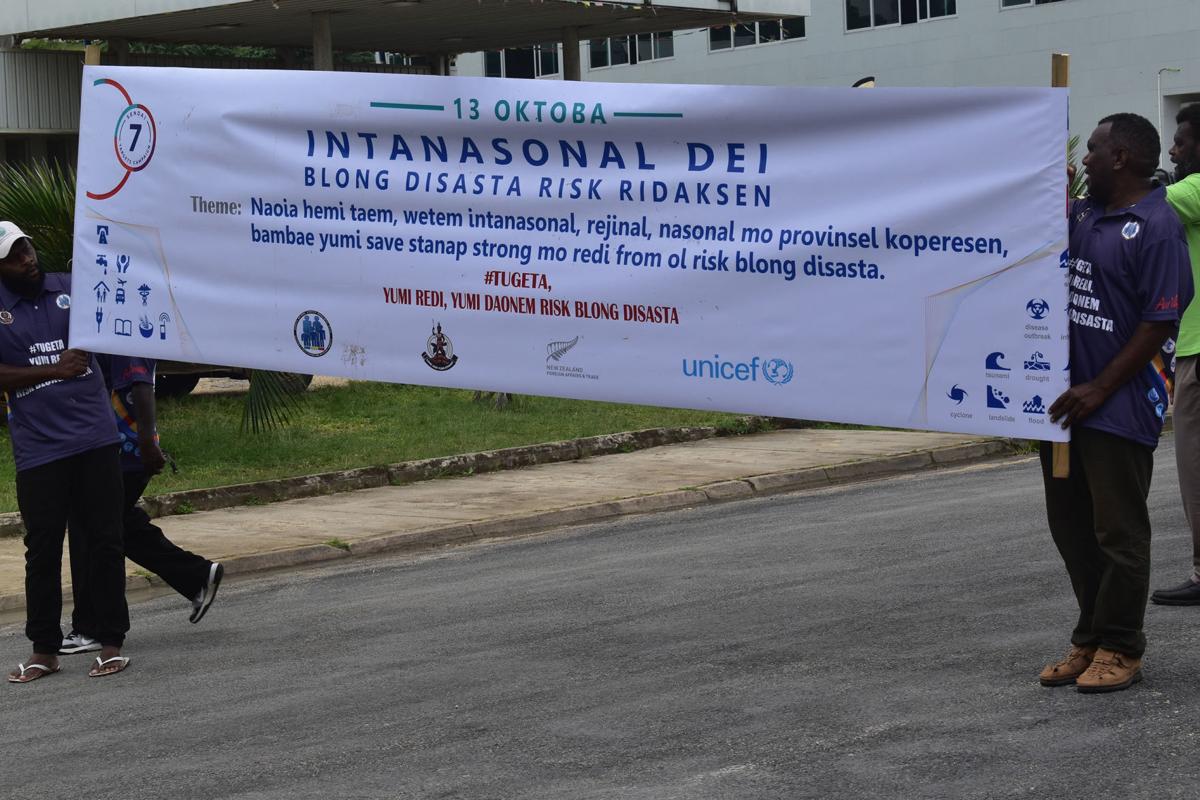 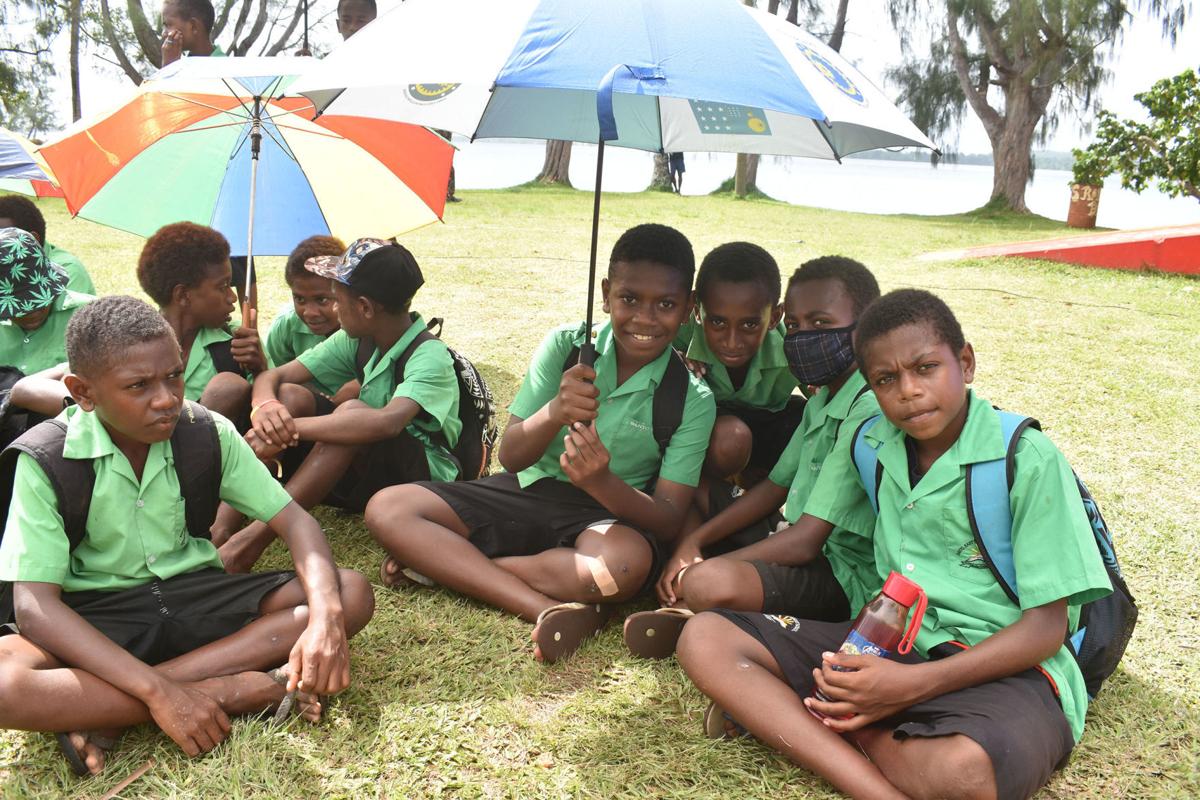 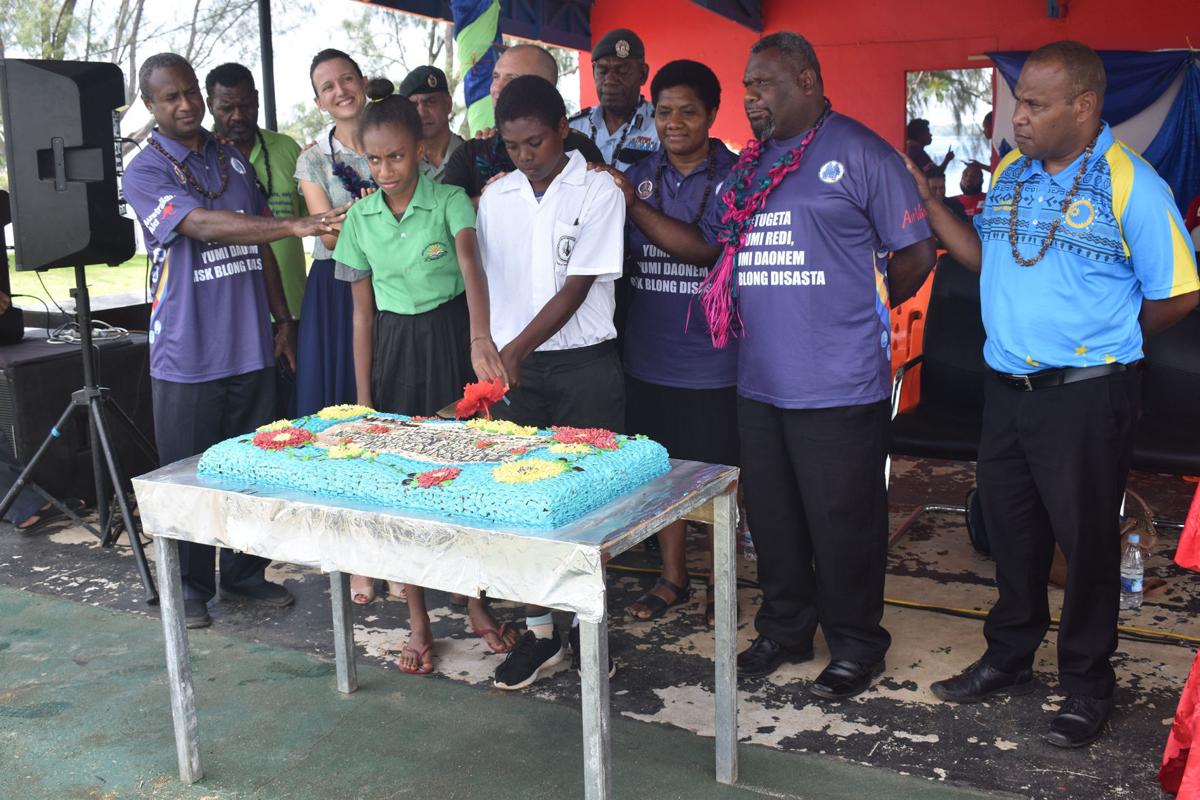 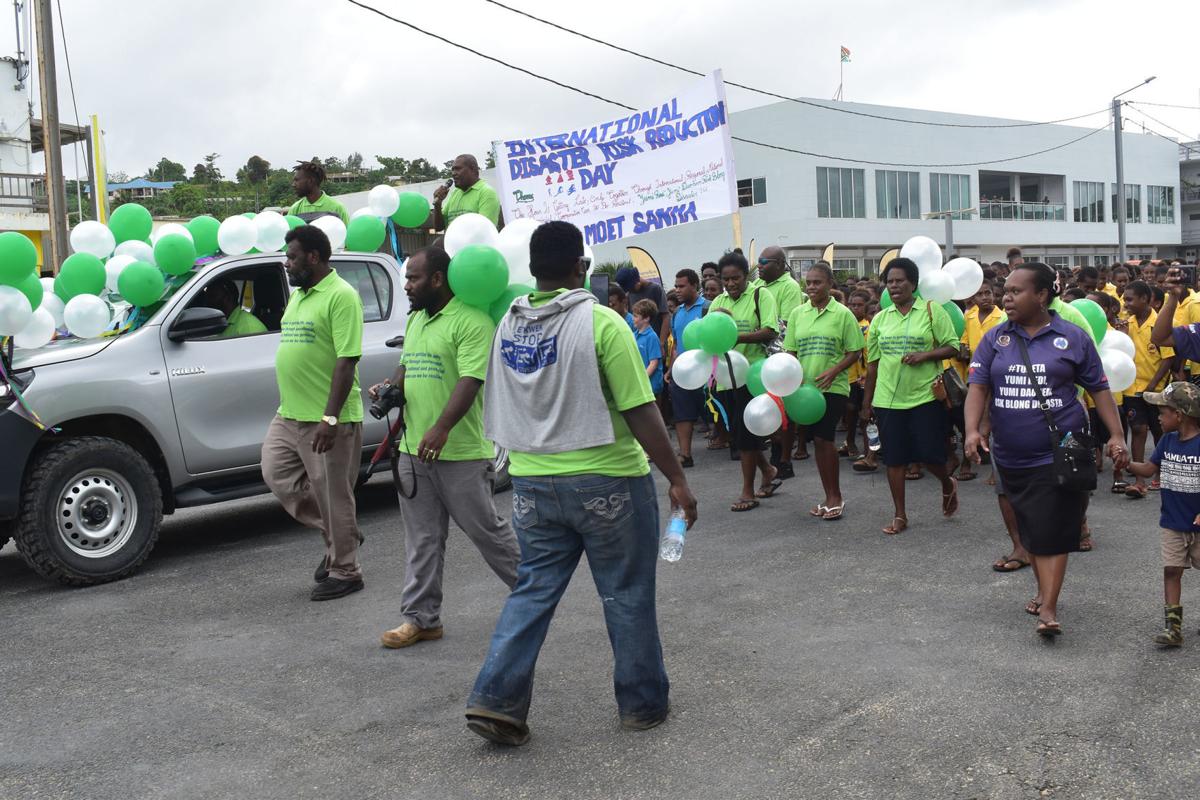 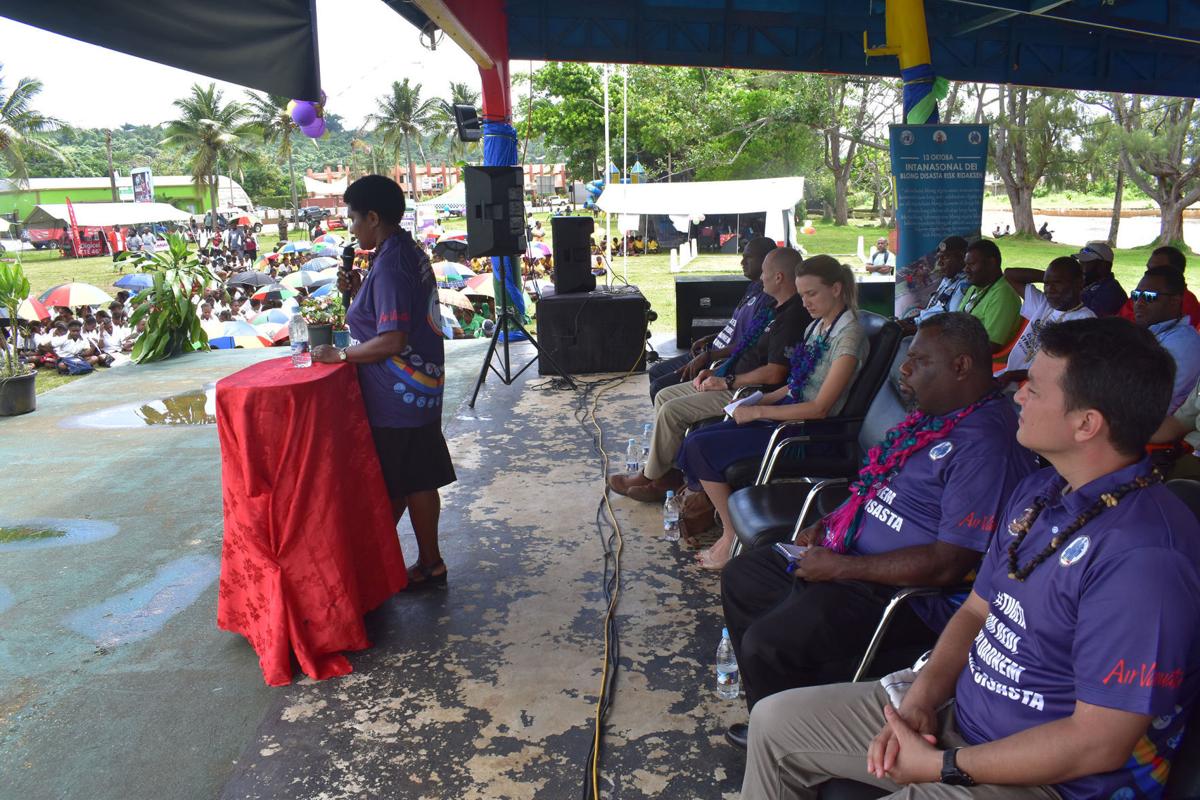 The International Disaster Risk Reduction (DRR) Day was commemorated yesterday (Wednesday) in Luganville, Santo in both sun and rain.

Despite the downpour, it did not dampen the spirit of students and members of the public, as well as organisers of the event as they shouted the slogan of ‘Tugeta Yumi Redi, Tugeta Yumi Daonem Risk Blong Disasta’.

The theme for the event was ‘The hour is getting late, only together through international, regional, national and provincial cooperation can we be resilient’.

Director General of the Ministry of Climate Change Adaptation, Esline Garaebiti Bule, said October 13 was declared by the United Nations as the International DRR Day, and is commemorated around the world by communities where awarenesses are made on how to live before and after a disaster.

The DG says the day is important for people to be educated and reminded about DRR through preparedness, prevention and mitigation, which is also outlined under The People’s Plan or the National Sustainable Development Plan of Vanuatu.

Mrs. Bule reminded that Vanuatu is prone to natural disasters as experienced in past disaster events such as Cyclone Uma in 1987, Bay Martelli tsunami in 1999, Port Vila earthquake in 2002, Cyclone Pam in 2015, Ambae Volcano eruption in 2017 and Cyclone Harold and COVID-19 in 2020.

“These events have taught us to be resilient,” the DG said.