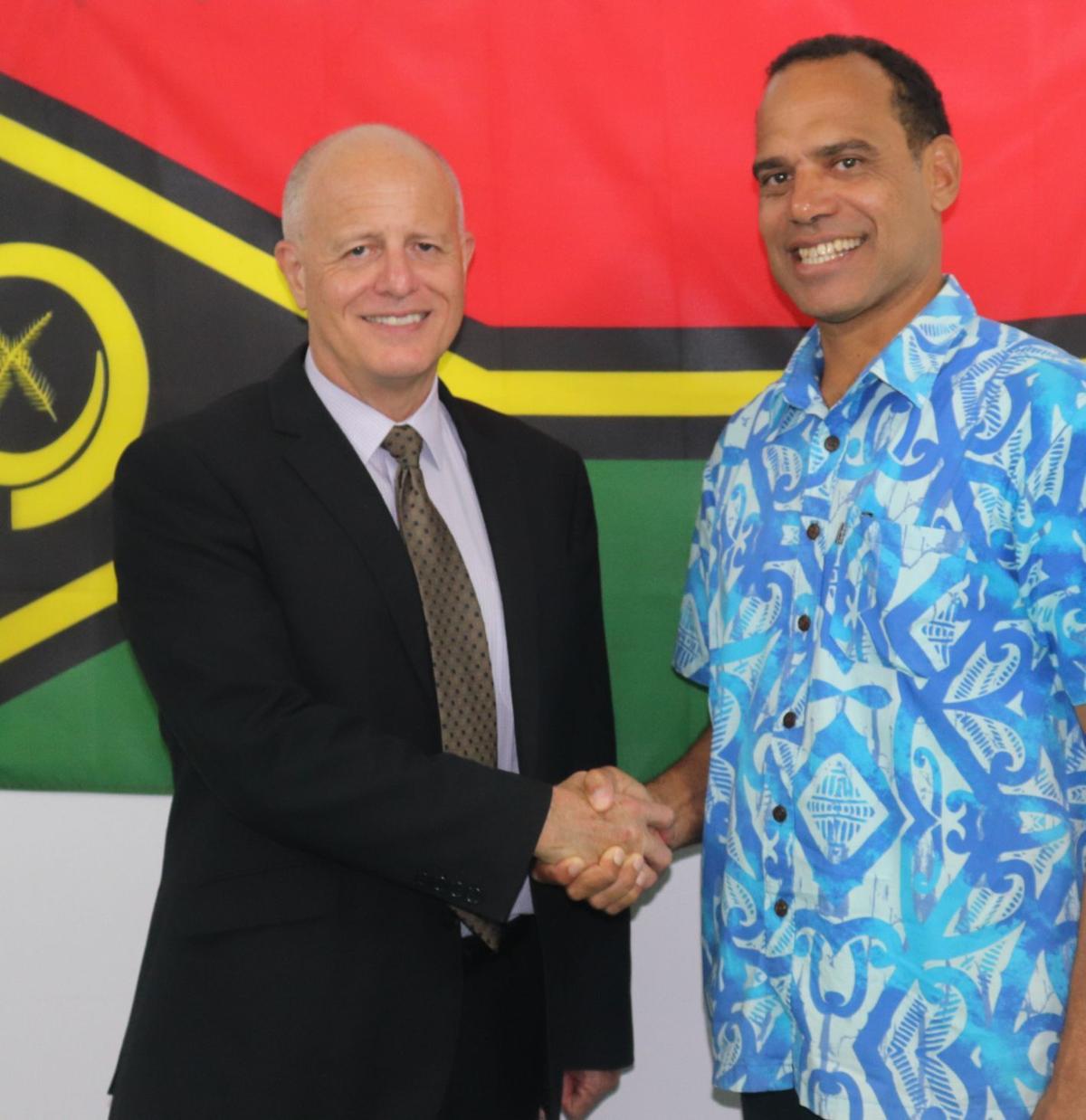 The farewell call to the Leader of Opposition 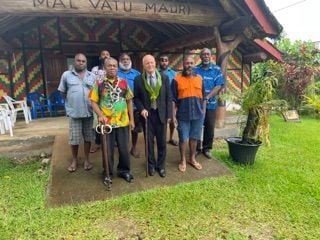 With the Malvatumauri Council of Chiefs 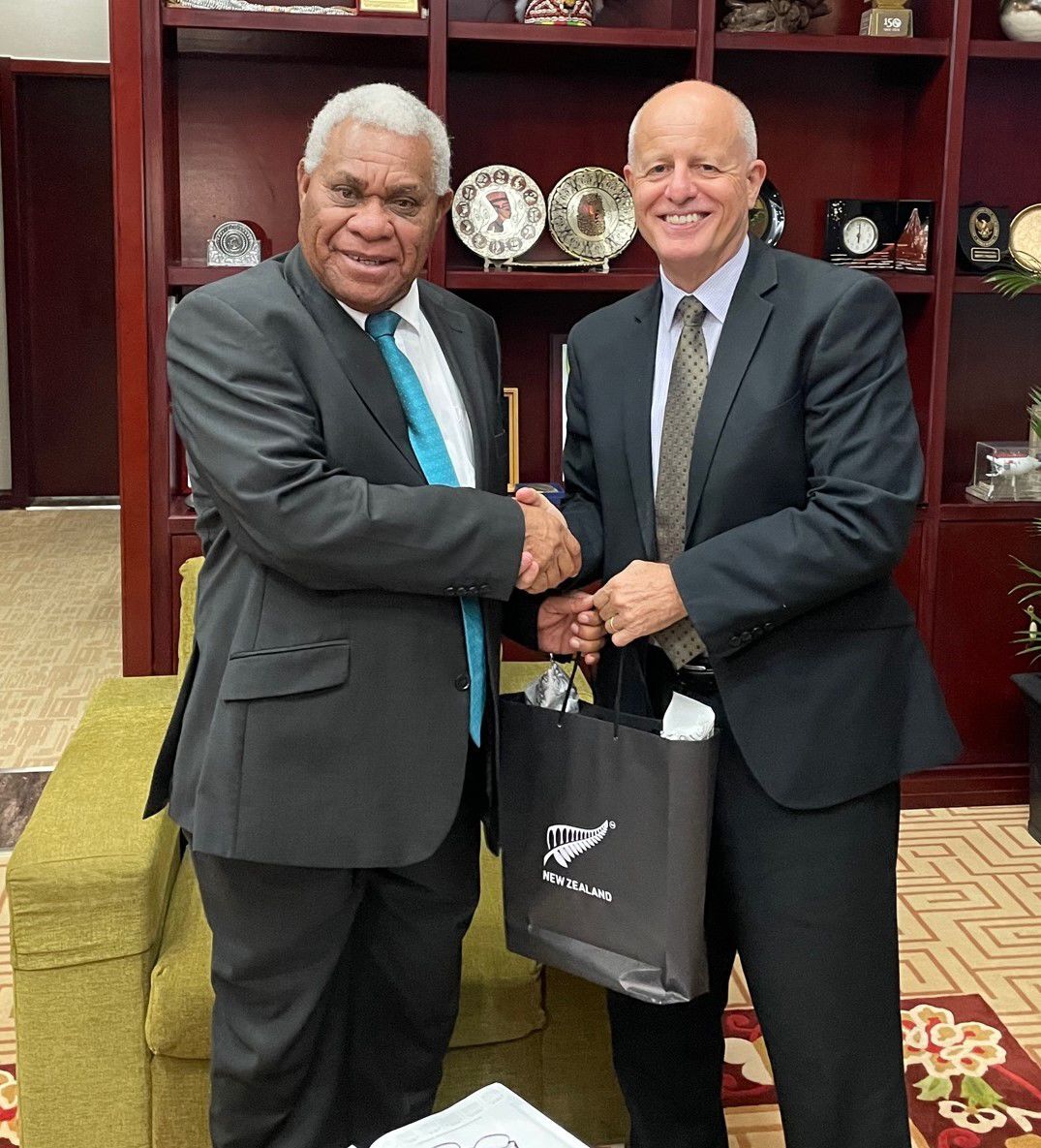 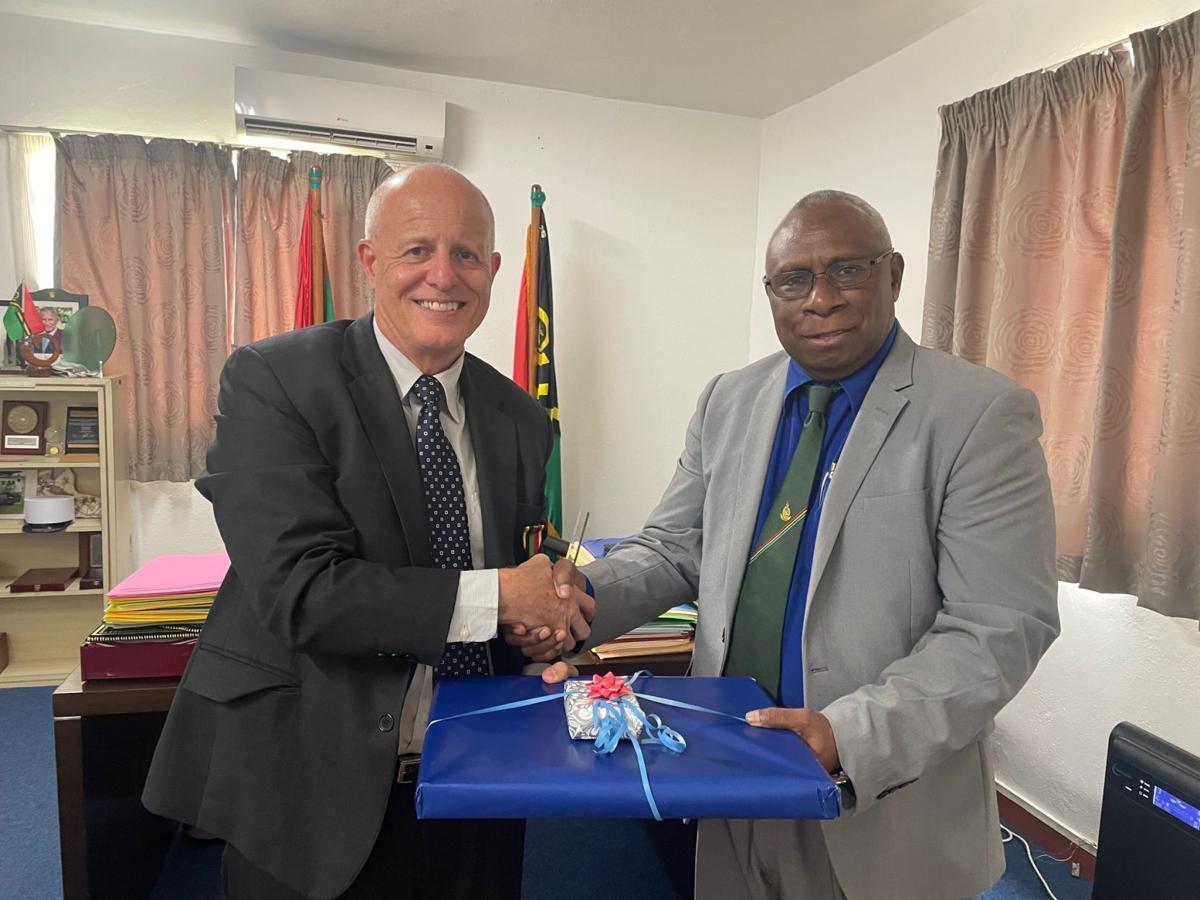 The farewell call to the Leader of Opposition

With the Malvatumauri Council of Chiefs

As part of his programme of farewell calls, New Zealand High Commissioner, Jonathan Schwass visited the President of Vanuatu HE Obed Moses Tallis, Prime Minister Bob Loughman, Leader of the Opposition Ralph Regenvanu and the Malvatumauri National Council of Chiefs.

These meetings are an opportunity to thank the leaders of Vanuatu for their support and generosity during Jonathan’s term as High Commissioner in Vanuatu.

During his meeting with the Prime minister, High Commissioner Schwass reflected on the highlights of his four years in Vanuatu. These included New Zealand support for COVID and Cyclone Harold response and recovery; an increased NZ Police, NZ Defence Force and NZ High Commission presence; and a development cooperation programme that had evolved rapidly in response to changing needs.

PM Loughman noted the close working relationship that existed between the two countries at all levels. He spoke particularly to the success of the RSE seasonal work programme in developing economic and people to people links between Vanuatu and New Zealand. He said the recent negotiation of quarantine-free travel to New Zealand for RSE workers (and now others) was a highlight.