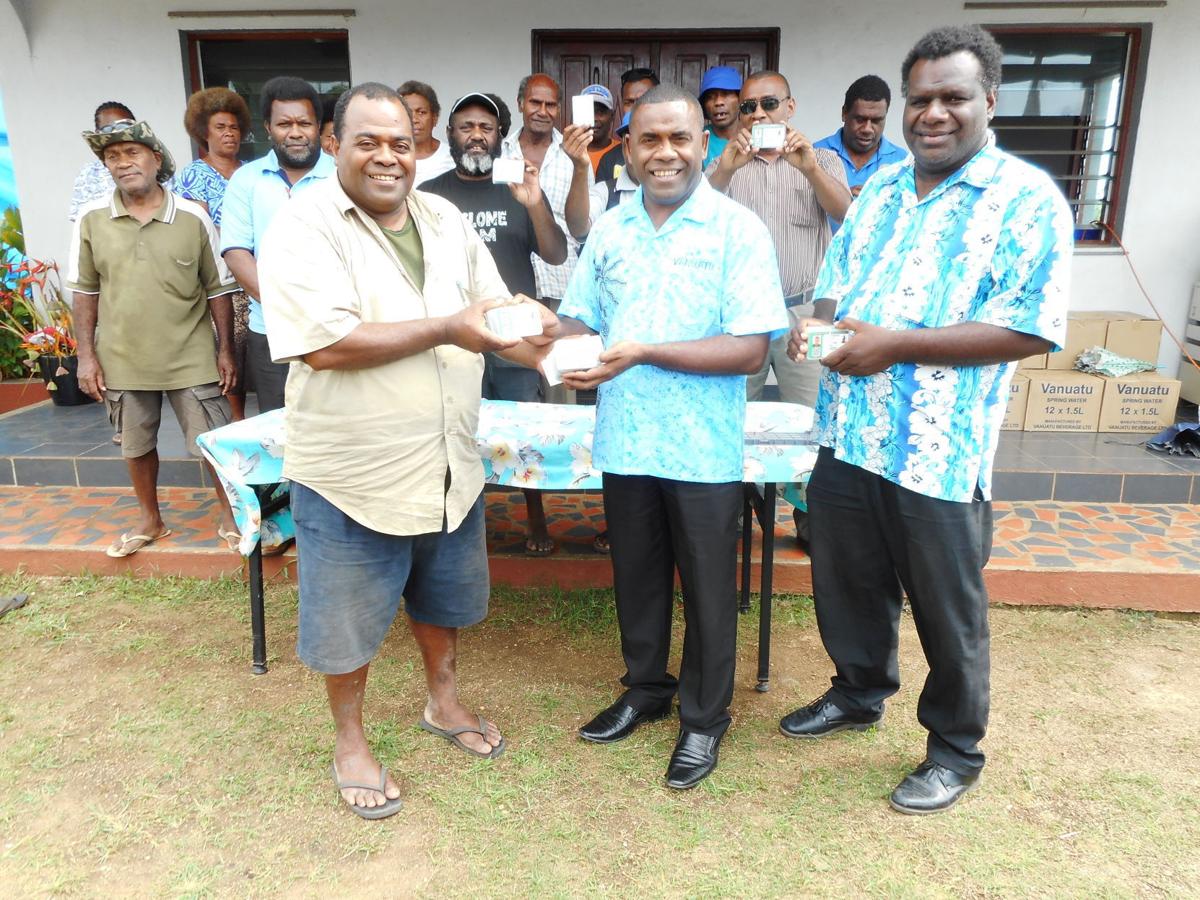 Minister of Internal Affairs Alfred Maoh © supported by Acting Principal Registrar Ettienne Ravo (r) hands over the ID cards to the Chairman of the PV Ambae Disaster Committee, Michael Garo, in front of some of the recipients. 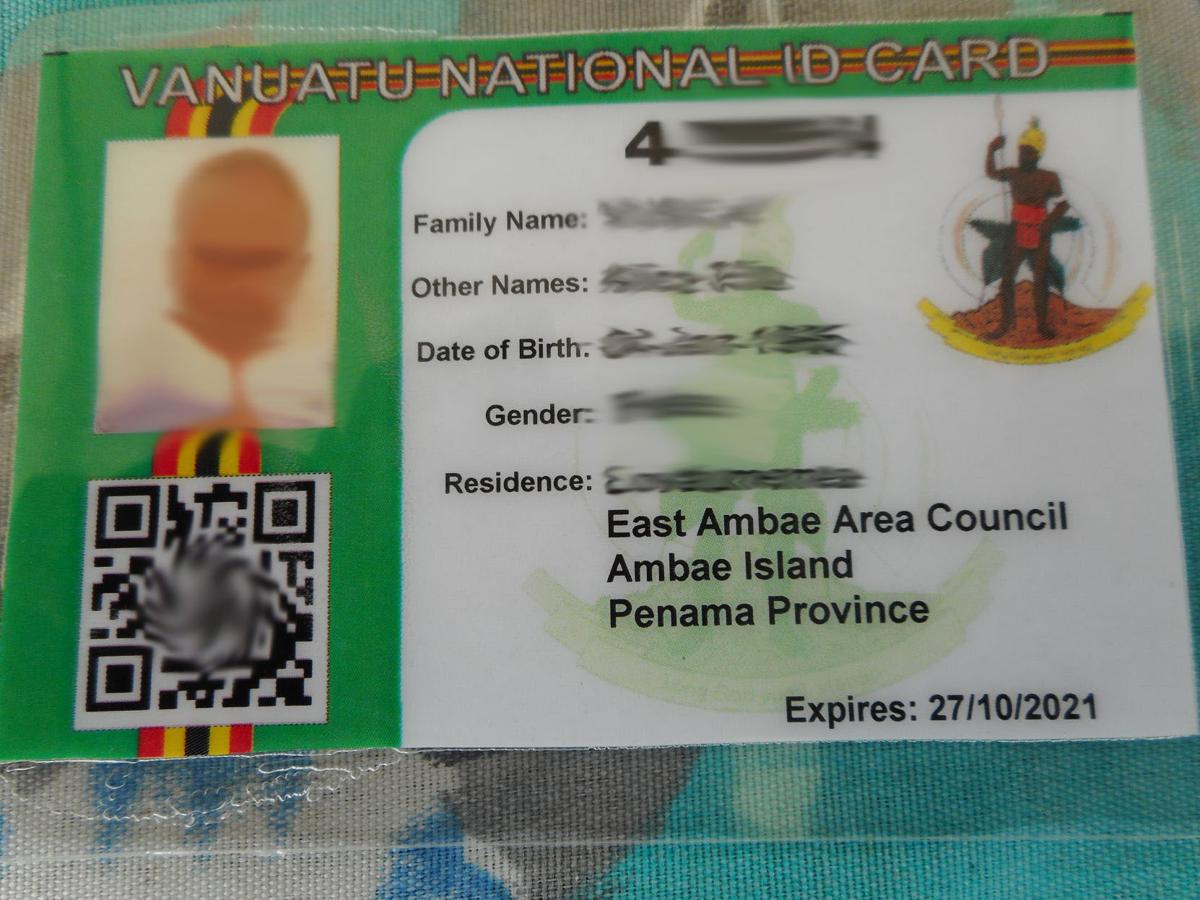 Photo of one of the ID cards (deliberately blurred) showing a photo, information on the holder and a micro chip containing all those information for easy computer use and verification.

Minister of Internal Affairs Alfred Maoh © supported by Acting Principal Registrar Ettienne Ravo (r) hands over the ID cards to the Chairman of the PV Ambae Disaster Committee, Michael Garo, in front of some of the recipients.

Photo of one of the ID cards (deliberately blurred) showing a photo, information on the holder and a micro chip containing all those information for easy computer use and verification.

The Minister of Internal Affairs, Alfred Maoh, has handed over some of the first National Identification (ID) Cards to the evacuees of Ambae that sought refuge in Port Vila.

Accompanied by the Acting Principal Registrar of the Department of Civil Status, Ettienne Ravo, he handed over the first batch of the ID cards to Michael Garo for the 566 people registered to have sought shelter in Port Vila.

Garo, the Chairman of the Port Vila Ambae Disaster Committee and his committee members will distribute the cards to the people registered by the Civil Status Department staff.

They will use the cards for their NDMO-funded trips back home to Ambae.

“What happened on Ambae with the evacuation of the entire population caused the Government to take the policy direction to begin issuing the National ID cards with the people of Ambae,” the Minister informed Chairman Garo and the people gathered with him to receive the Minister at Sarabulu Churches of Christ church house.

He said the card has many uses such as to open a bank account, but for the people it will be used to easily identify where the people of Ambae were at any given time and location. He encouraged the people not to be afraid of the ID card and to learn to use it to assist them.

The Chairman of Port Vila Ambae Disaster Committee thanked the Minister and his team from the Department of Civil Registration for issuing their people with the ID Cards.

And he assured the Minister their people will learn to use the cards though he cautioned that some may be scared to use it at the start.

Acting Principal Registrar Ravo says over 3,000 of those people who sought refuge on Santo had been issued with the national ID card. He adds that the department staff member at Penama Principal HQ at Saratamata on Ambae will continue with registration of the rest of the islanders who will also be issued with ID cards.

The ID card contains a photo, name, date of birth, place of residence of the holder, expiry date and a card number. It also has a small chip that contains all those information for easy computer use and verification.

The idea of the national identification card is also a prelude to the 2020 general election during which Government wants voters to use the ID card to cast their votes and not the colored voting cards that have been used since independence in 1980.

“The National ID Cards will be first trialed on Mota Island in the Banks Group of Torba Province where the 500 odd voters will use the ID card to cast their votes in the Torba Provincial elections on November 21,” Mr Ravo adds.

He says that if the trial is successful they will put the use of the national ID card to another trial at the Luganville municipal election in early 2018 with the hope that the trials will be successful enough for the cards to be used in the 2020 general elections for the Parliament of Vanuatu.