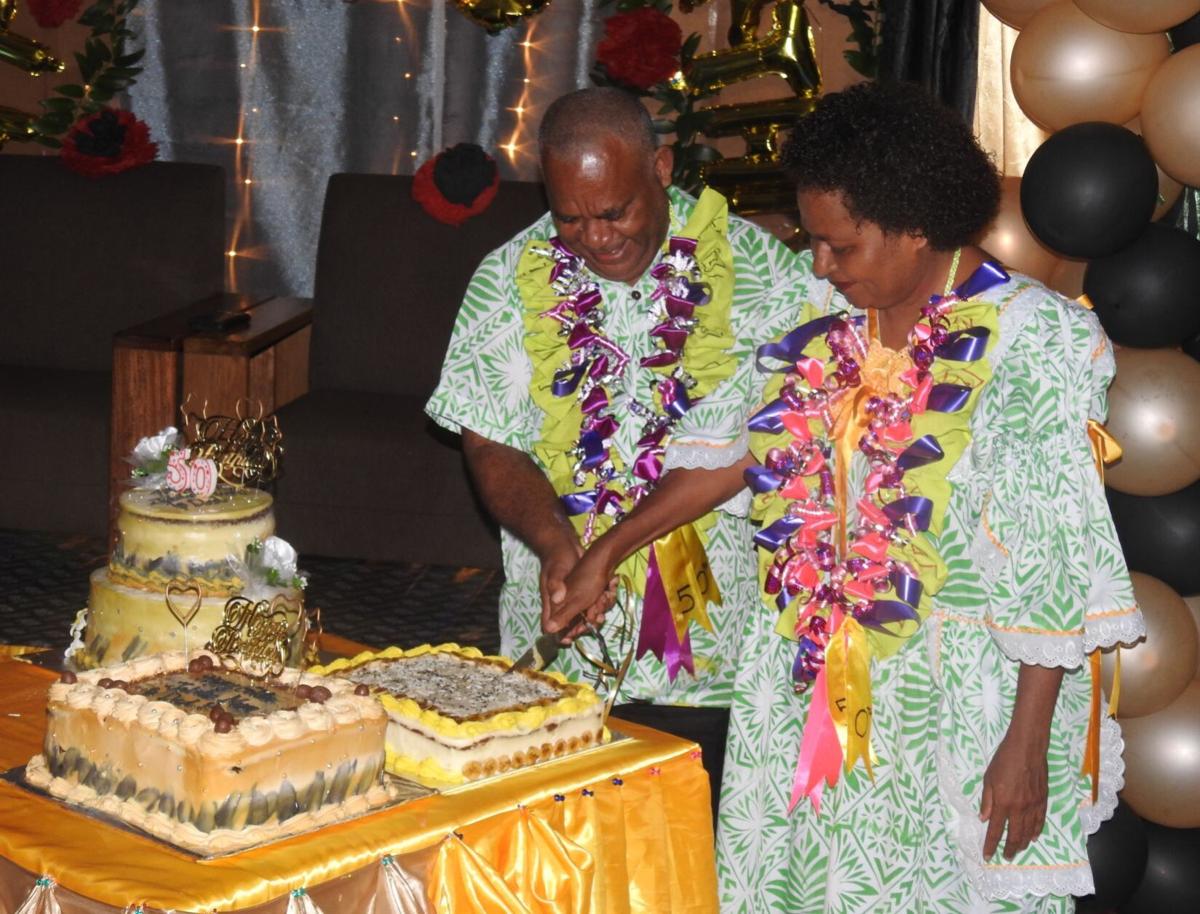 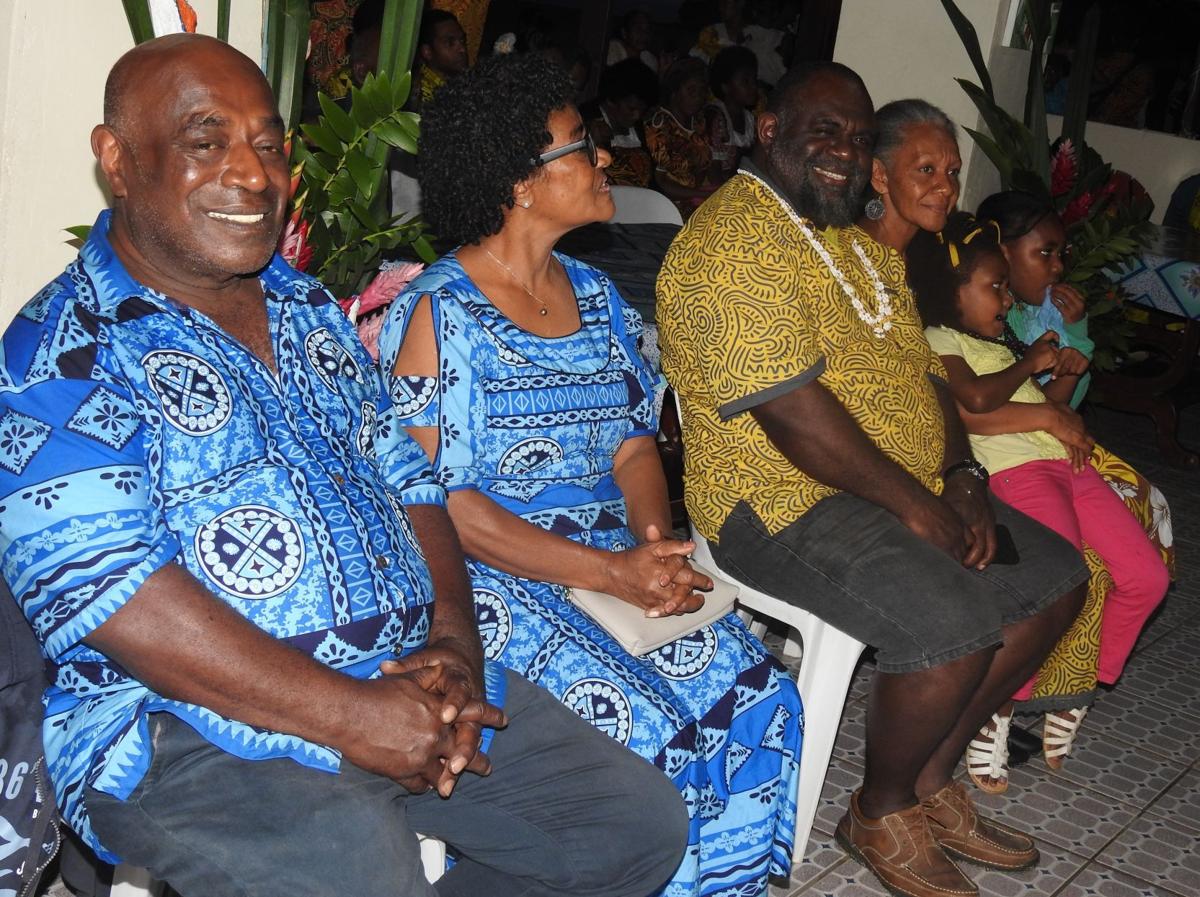 Both Jotham Napat of Tanna and his wife, Lettis Napat of Ambae, used to be student sweethearts at Malapoa College. They became “best friends” and made a vow to go their separate ways for three years after their graduation from College.

If the fire continued to burn with vigour after three years then it would definitely work. It did. They got married. “To tell you the truth, I do not know what would have become of me if it were not for Lettis. She is my best friend,” Napat said.

“And when I am sick, I am helpless but the Almighty God has blessed me with her as my wife because I become entirely dependent on her.”

Now many years later, not all farmers enjoy harvesting their crops in the rain and yet wailu farmer, former Prime Minister and Vanuatu Leader’s Party President, MP Jotham Napat, was forced to rush to Port Vila from Tanna in heavy rain last Saturday, for a harvest.

Neither his good wife, Lettis Napat nor her husband had any clue as to the kind of harvest they were about to take part in.

They drove to the once Tara Beach Resort on the rut-filled road to Devil’s Point in the evening. After turning left towards the sea and parking then walking across an unstable wooden bridge to a white sandy ‘street’ at about half past six, lined with beautiful flowers to the entrance of the spectacularly balloon and paper flower decorated venue, they were forced to shed tears out of pure amazement. The banner read, “Come on everybody, celebrate Dad and Mum’s 50th Anniversary”. In their church, members refer to the couple simply as “Mum and Dad”.

Even though they have long since been married, the light flickering venue set up resembled a professionally catered wedding occasion for the Breakthrough Ministry Leaders because the entire environment complete with delicious dishes, not one but three cakes in the presence of guests, almost everyone was dressed in yellow, the colour of the evening.

Seasoned political technician, Richard Kaltongga and his wife, former Supreme Court Judge Stephen Felix and his wife, as well as former MP Tomker Netvunei and his wife were VIP Guests.

MP Napat extracted his choice from some 1,000 of his friends saying he “connects with them and sees eye to eye with them” because they are the most trustworthy out of all his friends.

He described Mr. Felix as having “massive experience in the judicial system” and listening to him explain judicial matters in down to earth language is amazing.

He said knowing professional individuals such as Felix, would definitely help a person stay clean from breaking the law.

“I have asked for certain people to come because I know that if we connect with them, they will also impact our environment and certain places that we are involved in. There is no other person that I have met who is as loyal as brother Felix.

“When you go down to the sea, you see a baby whale being flicked into the air. What happens is that it stands on the back of its mother who flicks it into the air. This expression refers to brother Richard.

“He has massive experience when it comes to politics, I am just a junior. He flicked me into the air to know politics and it was through him that many people today know who Jotham and Lettis are,” the VLP Leader said.

“You all know that brother Richard had served under many Prime Ministers. I snatched him from one of them and told him, ‘You are in the wrong team. Come and coach and train a new team’. That is why he joined me and he is still with me today”. There was laughter.

All three VIP guests responded to his words and congratulated him and his wife on their celebration.

Members of Napat’s Outreach Ministry who planned the Surprise Double Birthday Feast are understood to have organised it to demonstrate their gratitude and admiration for the unique generosity of the couple who “always show a level of kindness and understanding that has not been displayed by any other leaders; national or otherwise, towards us and our families”.

“It is the least that we can do to organise this event for them, to express our heartfelt gratitude to them for their unconditional love towards us in our times of need”, said one of the organisers, Janet Maki.

“We hope that this is like a harvest for them following their kindness.”