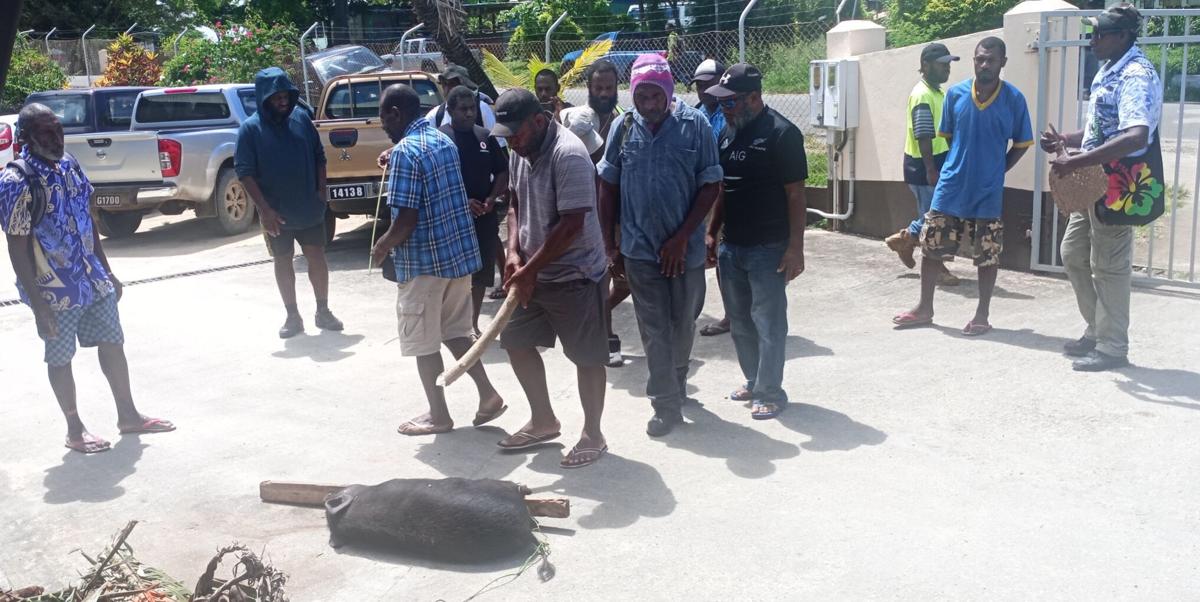 The custom ceremony was performed at the MOET yesterday

The custom ceremony was performed at the MOET yesterday

Landowners of the Ranon Junior Secondary is situated in north Ambrym have performed a custom ceremony to the Ministry of Education and Training (MOET), to apologiee for placing 'namele leaves' at the school.

Their action resulted to the temporary closure of the school since last month. They performed the ceremony as an apology and seek cooperation in negotiating the lease for the land, to prevent further conflicts.

Classes at the school already resumed prior the custom ceremony, following concerns from the community. One of the landowners, Jimmy Mansop Lonon, said they will perform another custom ceremony to the school management.

He said the namele leaves were placed due to certain disagreement with the land users. He said they have informed MOET about the temporary closure of the school, but now have assured the school has reopened.

Lonon requested that the MOET consider their request to extend the school to senior cycle next year, to develop and maintain the only English teaching institution in the northern part of the island, and reduce the financial burdens of sending children to other islands.

Minister Samson thanked the group for the custom ceremony and realising the importance of children's right to education. He urged landowners to set aside differences and unite in carrying out development on their island.

He said it’s important that they unite to upgrade the school.

The custom ceremony was performed by representatives of custom landowners, community chiefs and chairman of the school council.

Minister Samsen accepted the custom ceremony in the presence of the Director General (DG) Bergsman Iati and senior education officials.