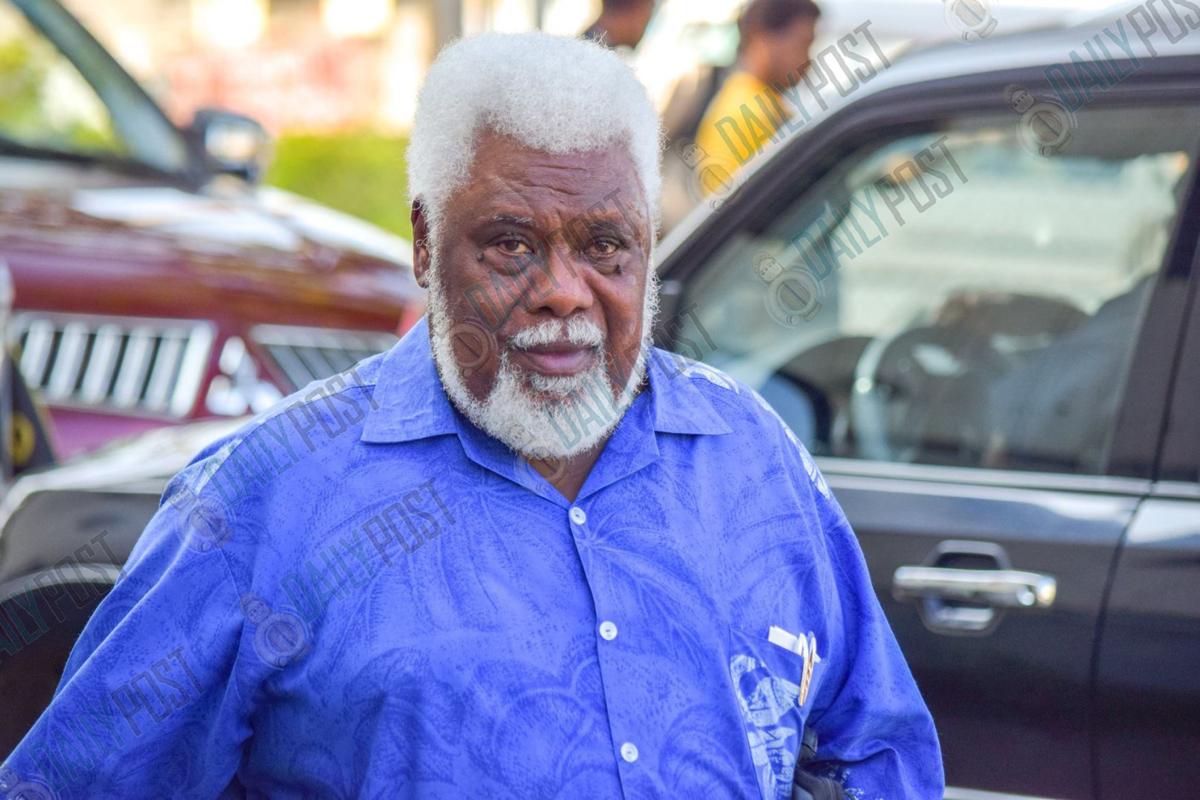 Mr Jimmy who pleaded guilty in 2015 says he will be seeking pardon again due to medical reasons. Photo: Vanuatu Daily Post 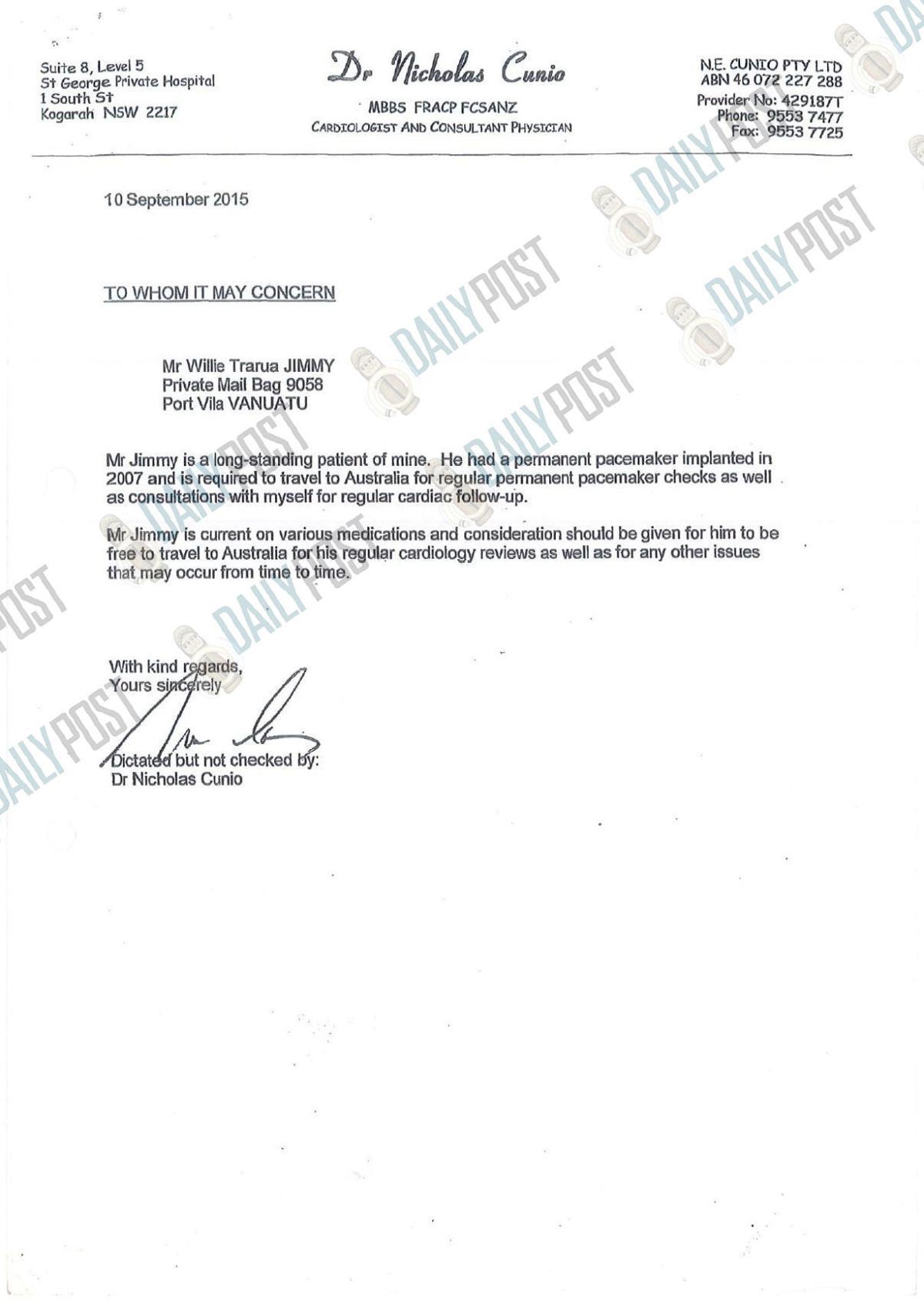 Mr Jimmy who pleaded guilty in 2015 says he will be seeking pardon again due to medical reasons. Photo: Vanuatu Daily Post

Vanuatu’s veteran politician and former Minister of Finance, Willie Jimmy, said he will be seeking a presidential pardon again on medical grounds.

Mr. Jimmy had a permanent pacemaker implantation in 2007 and is required to travel to Australia for regular checks as well as consultations with his consultant physician, for regular cardiac follow-up.

This has been confirmed through a medical certificate from Consultant Physician and Cardiologist at St George Private Hospital in New South Wales, Nicolas Cunio.

Jimmy said he needs to undergo medical check-ups abroad but may not be allowed to enter Australia because of his convictions.

The longtime parliamentarian was the only one who was not jailed for bribery and corruption charges in 2015. He was given a suspended sentence for his early plea. He and other several Members of Parliament (MPs) were not allowed to hold any public offices for 10 years.

“I will make another attempt to send my application for pardon to the office of the President, for an annual medical check-up based on my doctor’s advice,” he told the Daily Post yesterday.

“I have not been doing that (medical check-ups) for six years. The last time I went there (Australia) was in 2016 and I was put in a waiting room at the Sydney Airport because of my conviction background.

“I was listed as a prohibited immigrant. I almost came back on the same aircraft that very day. Fortunately, a senior Australian immigration official who had known me for my regular travels there persuaded others to allow me entry.

“That was how I managed to enter Australia and had my last check-up. Since then I do not want to go back again and be sent back as a deportee, which will ruin my reputation.

“I believe I’m living on borrowed time because I have not had any medical check-up since 2016.”

Jimmy revealed this as he welcomed the Constitutional case filed on the legality of the presidential pardoning of three former Prime Ministers: Charlot Salwai, Joe Natuman and Serge Vohor.

“I have been in supportive of this all along before the Ombudsman came into scene. At least the decision on the Ombudsman’s case will shed some light on the legality of the presidential pardons,” he said.

“The Leadership Code definition is what matters. Under the Leadership Code, every one of us -Directors General, MPs, Ministers and Prime Ministers are considered leaders. The scenario from the high ranking office is creating division on the classification of leaders.

He said he hope the Constitutional case will bring equal justice for everyone.