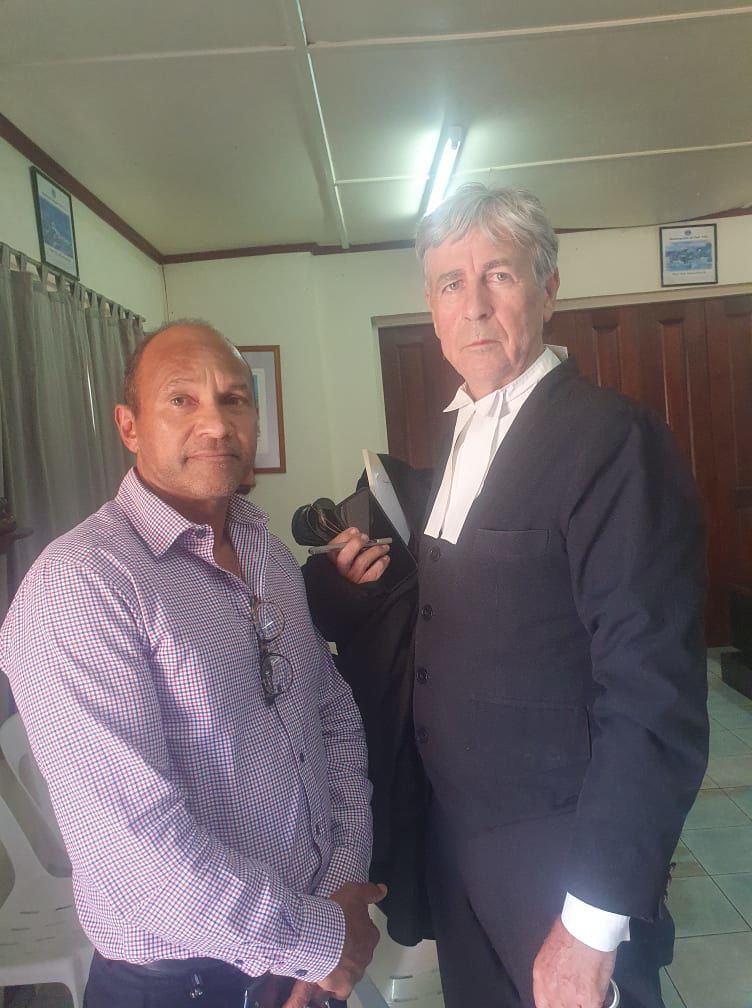 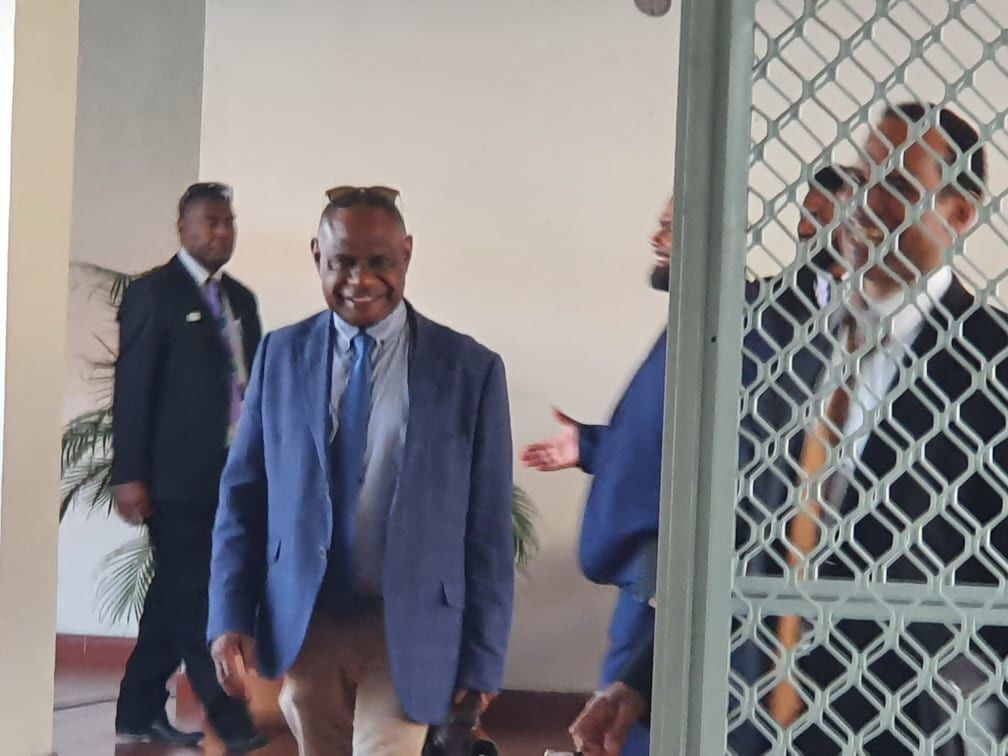 Leader of Government Business Anatole Hymak at the Parliament premises after the court ruling yesterday.

Leader of Government Business Anatole Hymak at the Parliament premises after the court ruling yesterday.

The Supreme Court has dismissed yesterday the urgent constitutional application by the Leader of Government Business, MP Anatole Hymak against the ruling of the Speaker of Parliament, Gracia Shadrack on Tuesday.

Judge Viran Molisa Trief said the Speaker, who is the defendant, was correct in his ruling on 1st of June.

On 28 May, a motion to remove the Speaker and to elect a new Speaker was delivered to the Clerk of parliament. The motion referred to Standing Order 43(1) as the rule under which it was made. The mover and the seconder of the motion were MP Hymak and MP Kenneth Natapei. The second applicants constituted the majority of the members of parliament. By letter dated May 29 to Hymak, the Clerk of Parliament confirmed that he has registered the motion and served it to all members of parliament. In a letter dated 31 May to the Clerk, Hymak acknowledged the Clerk’s letter and confirmed that the motion has been listed for debate on June 1.

When parliament convened on that date, after various points of order were raised, the speaker ruled that motion was not yet mature and would be listed to be debated on June 8 (Tuesday next week).

By the urgent constitutional application, the applicants contend that by the ruling of the Speaker on Monday, he has infringed articles 21(3) and 43(1) of the Constitution in relation to them.

Hymak and others in their application sought the following order from the court: “A declaration that ruling of the speaker infringed their rights under article, 21(3) and 43(1) of the Constitution in relation to the election and the removal of the Speaker by the parliament, a declaration that the ruling of the Speaker was in breach of standing order 20(2) by refusing to allow the debate of the motion against him and an order for the parliament to convene immediately so as to consider the motion”.

The applicants through their lawyers, Collin Leo and Less Napuati referred to articles 2,6,21(3) and 43(1) of the Constitution. Leo submitted that the Clerk had accepted the motion and that Hymak had confirmed it to be listed therefore the speaker’s ruling deprived the applicants, being majority of the members of parliament, from exercising their right to vote on the motion. Leo and Napuati submitted that the motion was made under the standing order 41(3) and was on the agenda for the debate. Even if that was not the applicable standing order, the speaker had no power to extend the time for its debate to 8 June, beyond the requisite 7 days’ notice period. The 7 days’ notice expired yesterday and the motion should be debated also yesterday.

In his response, Nigel Morrison who represented the Speaker in court submitted that all times, the Speaker was discharging his duty under Standing Order 10(3) in presiding over debates in Parliament and ensuring that standing orders, practices and procedures of parliament are respected and observed by all members. Morrison submitted that clearly the motion fell under standing order 44 and would not mature until 7 days later, on 4 June. He submitted that in the course of this proceeding, as the 7-day requirement was accepted, the applicants seek orders for the parliament to convene yesterday. Morrison submitted that with respect, that is not the territory that court should enter into when the applicants have not exhausted the remedies to them under Standing Order 59.

“Clearly it is Standing Order 44 which applied to the motion. Mr Leo and Mr Napuati agreed with that proposition that I put to them.

The requisite period of notice today, 4 June. Accordingly, speaker was correct in his ruling on 1 June that the motion was not yet mature. The motion was not ready for the debate by the parliament on 1 June therefore there has not been any infringement of article 21(3) of the constitution,” said Judge Molisa Trief.

She also ordered the applicants to pay for the first respondent’s costs which are summarily assessed at VT60, 000 within 21 days.