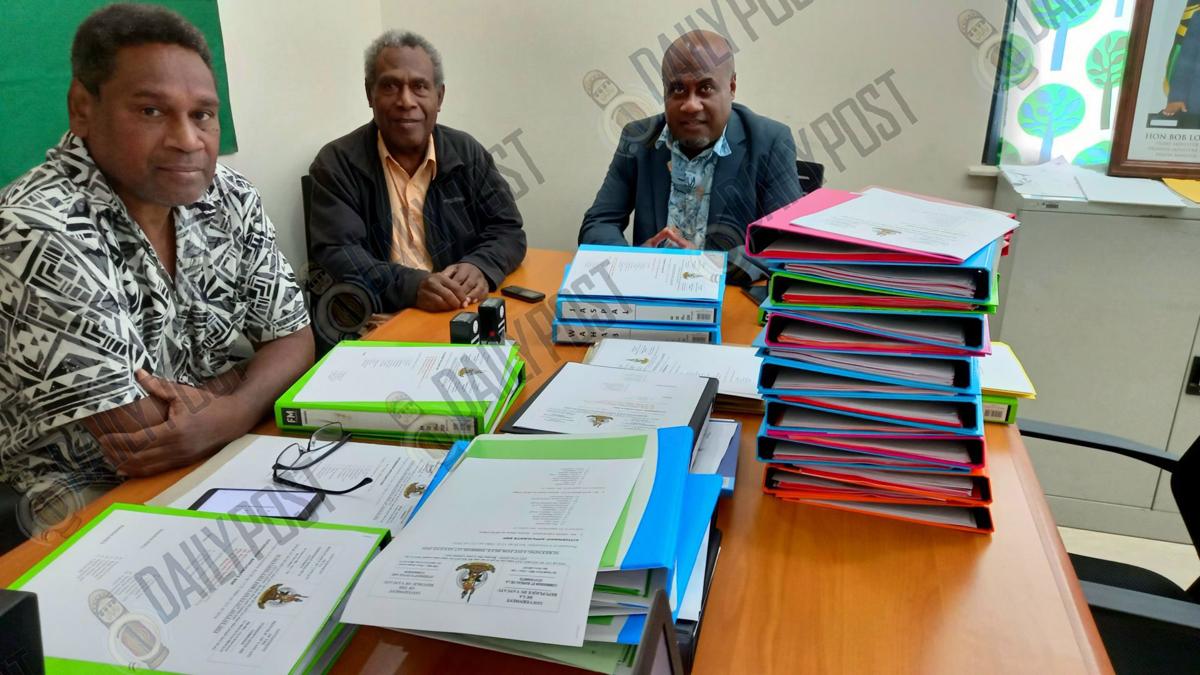 Chairman of the Citizenship Commission, Mr Ronald Warsal (r) and two Commission members prior to the Commission's meeting yesterday morning. In front of them are piles of Citizenship applications. 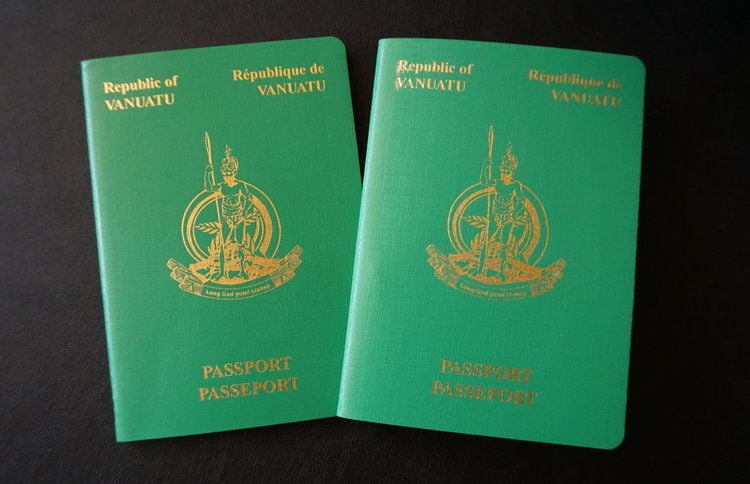 Chairman of the Citizenship Commission, Mr Ronald Warsal (r) and two Commission members prior to the Commission's meeting yesterday morning. In front of them are piles of Citizenship applications.

Syrian national Abdul Rahman Khiti has become the first individual under the Development Support Program (DSP) to have his Vanuatu citizenship revoked by the Vanuatu Citizenship Commission yesterday.

Khiti became a Vanuatu citizen under the DSP after he was granted citizenship on April 16, 2021.

In a letter dated August 11, 2021 (yesterday) addressed to the local DSP Agent whose client was affected in this decision, Commission Chairman, Mr. Ronald Warsal said, “The Commission has decided to revoke the Approval in Principle issued on 16 April to Mr. Khiti, and hereby refuse, and cancel his application, with no refund in line with S4(b) and S12 of the Citizenship (Development Support Program) Regulations Order No.33 of 2019.”

Warsal confirmed to Daily Post that adverse checks were further conducted by relevant authorities, following an article by The Guardian on July 15, 2021 alleging that Khiti “had purchased his citizenship just a few weeks after the US imposed sanctions…”.

The letter further stated, “We investigated this matter and requested the Vanuatu Financial Intelligence Unit (FIU) to furnish us with a more recent finding on active sanctions, seeing that his initial approval was based on a no adverse finding issued by them on 8 December, 2020.

“In the FIU check dated 6 August 2021, the FIU have confirmed that several sanctions are active and imposed against five of his businesses, which include those of which he is either a shareholder of, connected to, associate with, affiliated to, owns or in control of, as reported in April 2021.

“In our determination, we have considered that the FIU have rendered an adverse finding on Mr. Khiti and requested as to apply our discretion and caution in approving his citizenship application.”

Chairman Warsal reaffirmed that Vanuatu is not a haven for fugitives, politicians, and people wanted by authorities abroad.

He stressed that the Commission had to make the swift decision to revoke Khiti’s citizenship application to avoid tarnishing the program.

Warsal said the authorities in Vanuatu will continue to work to tighten any loopholes in the program to ensure anyone who has applied or planning to apply but have criminal records, will also have their citizenship applications revoked.

FIU has also issued a statement, to clarify the process of due diligence checks it conducts on behalf of the Vanuatu Citizenship Office.

“With reference to clause 6(1)(a)(ii) of the Citizenship (DSP) (Amendment) Regulations Order No. 39 of 2020, a designated agent must ‘provide the FIU with the applicant’s valid passport, police or judicial clearance from his or her state of origin and such other documents as may reasonably be requested by the FIU or the International Specialist Firm.’

“Using the applicant’s valid passport as the formal identification document, the FIU due diligence check conducted is to confirm whether the applicant has no criminal record or past convictions pursuant to Section 4 (1)(d) of the Citizenship (DSP) Regulation Order No. 215 of 2016.

“Upon completion of checks, the screening committee is informed and it is up to their discretion to review and consider the application prior to presenting it to the Citizenship Commission for consideration whether or not to approve the application for Citizenship.

“Furthermore, not only does FIU conduct due diligence checks but upon receipt of any adverse information, such as ongoing investigations or pending trials, we inform the Citizenship Office to assist them to make their decision knowing all the facts about the applicant, even if the applicant has no criminal conviction/record.

“Therefore, in relation to the article published in The Guardian, initial checks conducted on the names mentioned in there did not bring up any adverse findings against the persons.

“Nevertheless, follow-up enhanced due diligence checks conducted revealed new adverse findings against the respective names which were only recently published, almost a year after the first checks were conducted and a clearance has already been provided to the Citizenship Office.”