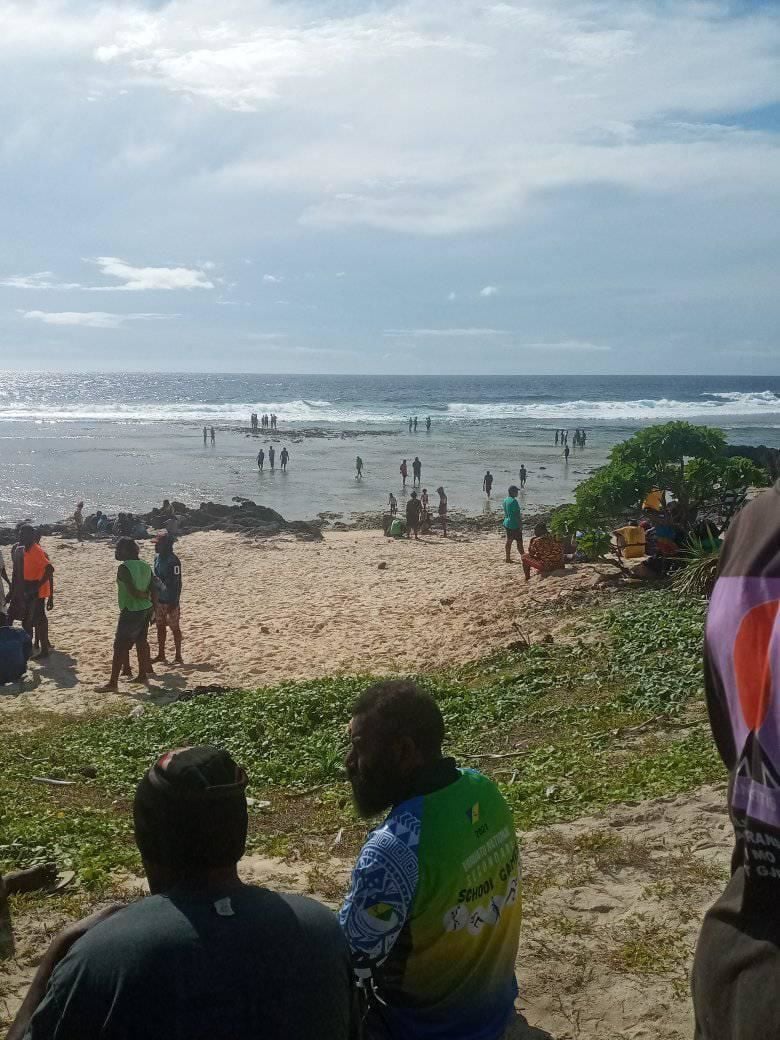 Two young men lost their lives after drowning at one of the popular picnic sites on Efate, according to families and eyewitnesses.

Daily Post was informed that the two young men, were part of a group that went to Sunrise Beach on Eton, on Sunday.

One of the deceased who was from Malekula went out for a dive when he was caught in a current. The other deceased, from Tanna went after him to rescue him.

Unfortunately, both men never returned. Families and villagers from Eton village searched for them in vain.

Family members shared a custom ceremony was then performed at the beach.

Yesterday morning, the search continued and the young deceased from Malekula was located by the villagers.

Relatives of the young man from Tanna contacted Jerry’s Dive Services to assist with the search. The deceased was found sometime before lunch yesterday.

Both young men were players of AS JISE.

ProMedical and police were also present at the site.

Police are reminding the public at large to take precautions, especially, at this particular time as the festive season is approaching.

Schools are closing their academic year; therefore, teachers and parents are also advised to ensure the safety of children.