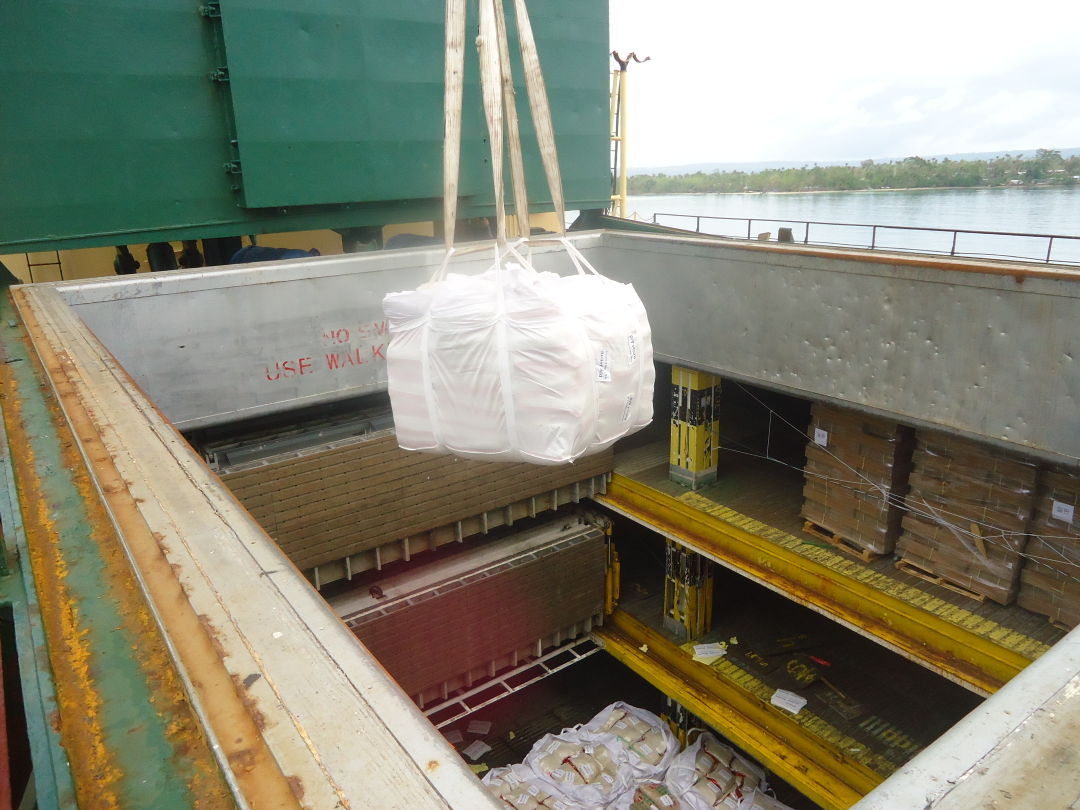 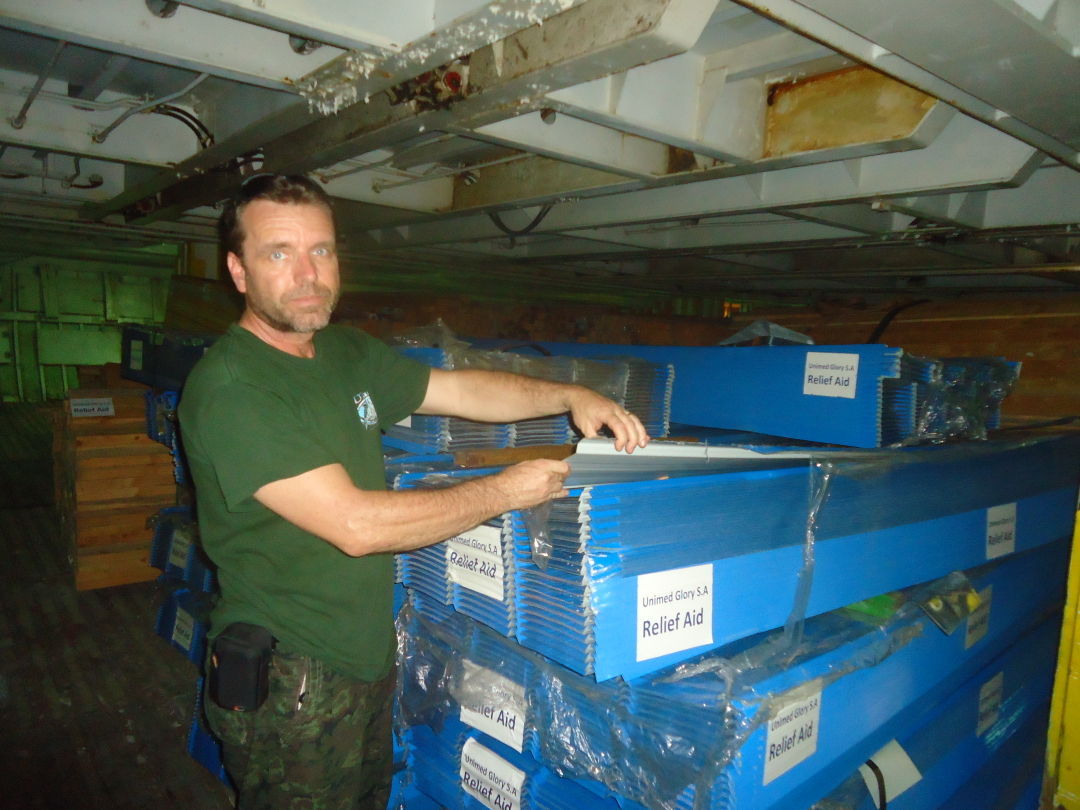 A Vanuatu flagged international cargo carrier called Frio Athens, which is over 120 metres long, and normally loads fish from fishing boats on the high seas, arrived in Port Vila last Sunday with 50 tons of rice, 20 tons of soya beans, approximately 40,000 tins of mixed vegetables and meats, and 2,500 roofing sheets and 4,000 3-metre 2 by 4 hardwood roofing timber for phase two of the reconstruction process which were unloaded exactly one month ago yesterday.

The captain has been appointed by the Government as a Fisheries consultant with the Ministry of Agriculture and Fisheries who works closely with Minister David Tosul and Director General Howard Aru on the EU Yellow Card process.

He says his company followed closely the track of the monster cyclone which devastated Efate and the Shepherds Group and Tanna and Erromango.

Immediately following the cyclone the company requested him to supply them with a list of the most urgent needs of the victims.

He explains, “I worked closely with the Minister of Agriculture and Fisheries Mr. David Tosul, DG Howard Aru and MP Robert Bohn and MP Christophe Emilee and sent the list to the company.

“The advice I got was that by the time the supplies arrived, the first phase of relief effort would have been completed which is why we have included hardwood timber and corrugated iron roofing sheets,” he says.

The company loaded the supplies in Shanghai in China and the ship took ten days to sail into Port Vila.

The supplies were unloaded at the wharf yesterday morning for handing over to the NDMO, exactly one month after the cyclone hit on March 13.