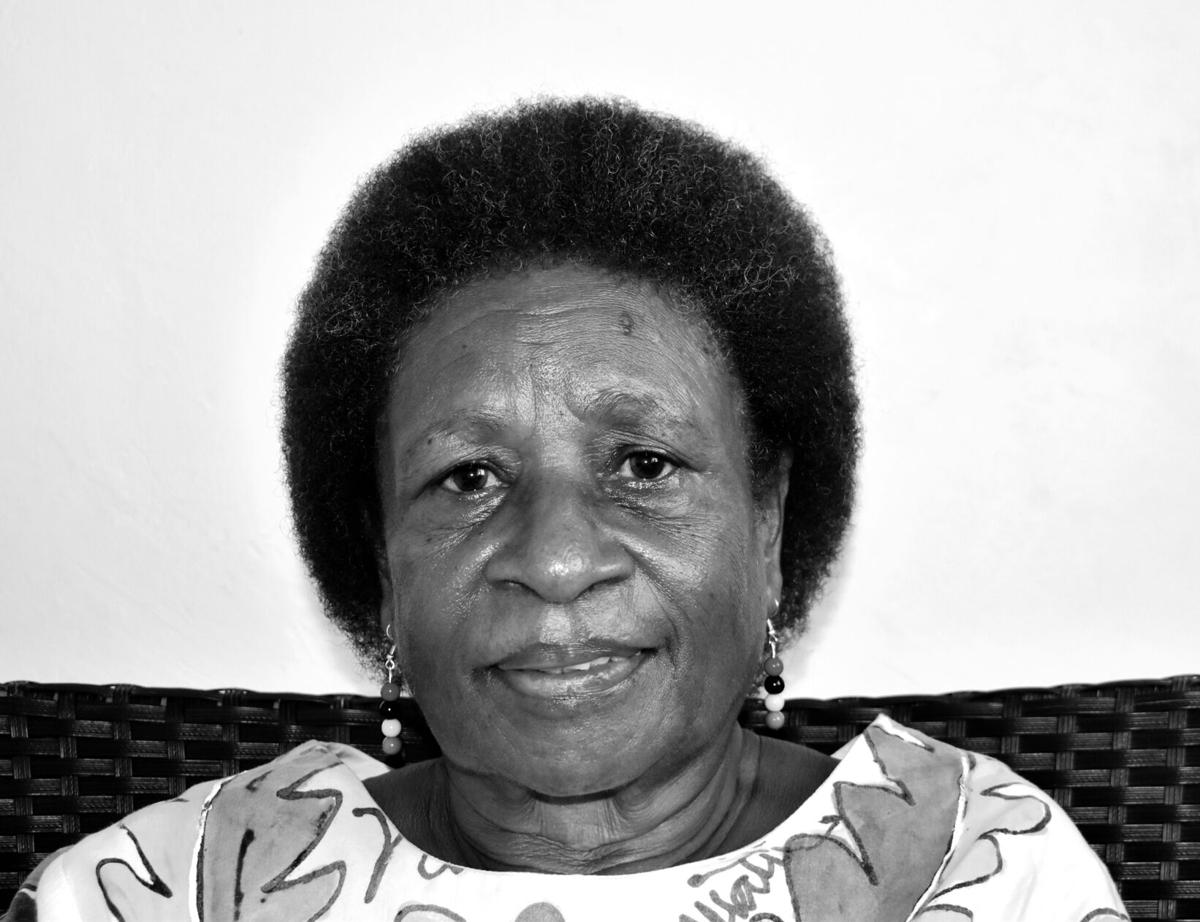 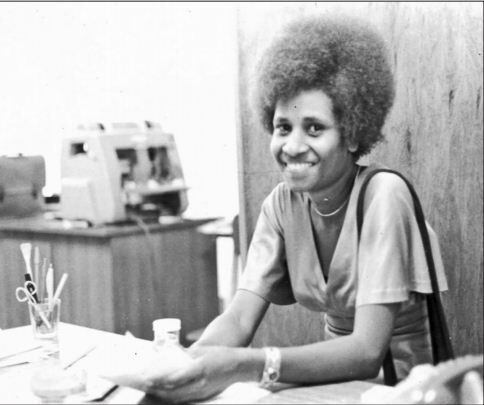 Over the past recent years, the debated topic of Women in Politics grew on to become a misimpression, in the eyes of many it had lost its preference and had won more doubts than hope.

However, the people had failed to realize that our nation once had the honor to be governed under the leadership of great women leaders, after the Independence.

Motarilavoa Hilda Lini is a Chief of the Turaga community in North Pentecost Island.

Following the 1980 independence, she became one of the first two women elected into Parliament in 1987.

As part of the Lini Legacy, the name Hilda Lini is recognised from the great achievements earned by her elder brother, the Father of Independence - Late Walter Hyde Lini.

Being the 7th child in a family with 10 siblings, Hilda spent most of her childhood years growing up in the island.

Her parents, Hapa Lini and Jean Lini have supported her education by sending her to Ambae school in 1965.

Later on, she graduated and was enrolled to the British Secondary School (Malapoa College) in Port Vila, Efate.

Her interest in politics and especially in the Independence Movement began when she was helping her brother organise newsletters. Walter who was the Editor for the New Hebridean Viewpoints at that time, had requested her aid in arranging the newsletters.

“The moment I started reading the letters, I became more drawn into the affairs of the crusade.”

In 1974, Hilda had completed her studies and had applied for a scholarship to study Journalism.

“Unfortunately, at that time, they did not offer courses for Journalism, the only available options for women are: Nursing, Secretary typists and Teachers.

“So, I remained in Vila while my friends and colleagues travelled overseas or worked in the British Administration, I was the only one left behind.”

Afterwards, Hilda soon found herself working for the Bank of the New South Wales in Vila for a few months.

“I got tired of living in Vila, so I left my job and travelled back to the island.”

In 1976, Hilda returned back to Vila to attend her sister’s wedding, who was married to Kalkot Mataskelekele.

In Vila, she had the chance to meet up with her brother Walter who recruited her to work with the Independence movement.

She was recruited as trainee in journalism and photography.

“In terms of writing, I was trained by Kalkot Mataskelekele and Walter.

“For taking pictures, I was taught by a Canadian volunteer at the University of the South Pacific.

“In the beginning of 1976, in order to begin my work inside the Independence Movement, I had to first familiarize myself with the structure of the association.

“I had to acquaint myself on the vison and policies of the movement.”

Hilda conveyed that the vision for the Independence Movement is: “To hold on to Custom, hold on to Land and to hold on to the Country.”

This depicts more on the preservation of Melanesian values and the significant importance of allowing our own people govern ourselves and cease all political governance from not the colonial powers.

“It further illustrates how our land and country must be returned back to its rightful custom owners and Custom and Traditional knowledge must be conserved at whatever cost.”

As a young journalist, Hilda worked alongside Daniel Nato who is the Coordinator of the Youth Wing for the New Hebrides National Party (NHNP).

By the end of 1976, Hilda was appointed as the Coordinator of Women’s Wing.

In her case, she had worked two jobs: A journalist for the Newsletter and the Coordinator of the Women’s Wing.

“Writing for the Newsletter was difficult, since there weren’t any papers at that time so we had to print on stencils using a stencil duplicator.

“Though it wasn’t printed in the best of its quality, it was resourceful during that time.”

Hilda explained the concept of the Independence Movement was very clear, that is for both man and women to do their tasks in solidarity. There were very good women leaders at that time and each contribution played a significant role.

“It was understood that the women leaders in the past were very humbled and very simple.

“Since the population is made out of 70% of women, there wouldn’t be an Independence without the involvement and the votes of women in the society.”

During the 1975 first Municipal Election in the New Hebrides, Merelyn Tahi was elected in Port Vila.

“That is because, politics is all about equality.”

“This shows the fair contribution of both women and men who voted.

“For a woman to stand and contest, she needs to be someone who knows how to pull the strings and is familiar with the gameplay.

“We don’t vote for women who looks good in front of a camera, but instead for women who knows her role inside the democracy system.”

As a Coordinator for the Women’s Wing, she needs to attend all congresses and represent the women.

“We had to push and encourage every subcommittee in the islands to include women, so they started employing women to play a role in their delegation.”

There were 3 congresses that took place in 1977. The British and French did not put in much effort in preparing our country for its independence.

The NHNP also announced the country will be gaining its Independence in 1975, but the people were not prepared.

In 1977, the Independence Movement had to upgrade its tactics in way that the people would take it seriously.

“At that time, there were four parties that contradicts with the Independence and only party that stood its ground and complied with the negotiations that followed.”

In November 29th 1977, there was an election that the NHNP had boycotted and declared a new Government – the People’s Provincial Government.

“The newly-elected Government had George Kalsakau as the Chief Minister, Leslyne Malsungai became the Speaker of the Representative Assembly.”

The New Hebrides was ruled by 5 Governments, there was the British, the French, the Condominium, the Kalsakau Government and the Representative Assembly and the Peoples Provincial Government.

In March 1978, the two Governments had sent an invite to the Independence Movement and request their audience to discuss the possibility of forming a Government of National Unity.

“We had to call an extraordinary congress in Ambrym where we had to meet up and decide the advantages and perks of joining the Government of National Unity.

“We made it very clear that our involvement in the Government of National Unity was to pave the way to Independence.

“Once the Government was established, so begins the drafting of the national Constitution.

“In October 5th 1979, our Constitution was signed by all parties involved.”

Hilda emphasized the role of women who were involved, women had representatives in the constitutional committee, two women were inside: Madlene Kalchichi and Grace Molisa.

“We wanted to make sure that women are involved in every decision-making body to represent women’s voice.

“That same unity that was needed before Independence was portrayed under the Government of National Unity, with political leaders being at peace with one another.”

Hilda’s name was proposed to contest in the 1979 landmark Election, the women had proposed her name to contest but later on, their husbands had manipulated them into declining her proposition.

“I was studying at Papua New Guinea when I heard the news and was called to return back to contest in the Election.

“When I reached New Hebrides, I realised there were changes made, I was approached by Grace Molisa who informed me the women in the group had objected against my candidature.

“So, I withdrew my name and returned back to PNG to finish my studies.”

Hilda confirmed she had no fear in standing up for what is right, “our group were always encouraged by the great leaders who kept reminding us not to be afraid.”

“We were aware the Police is always monitoring us, at some point in time, we walked in to see our office door left ajar and to our surprise we met a police officer outside our office who reclined by saying he found the door unlocked as he was surveying the area.

“We have secret agents and CID with connections from each party, their network was mainly based with parties fighting for the Independence.

“In my opinion, they were not very effective.

“As a very young woman, I realised I do not have enough people to work with, that is why in my line of work, I had never been jealous for another woman’s work, because I needed the women to join with me on this road to political evolution.

“At that stage, we did not have enough educated women who were available.”

“I remember an article I wrote back in 1979 which states: New Women in a New Country.

“Nowadays I am proud to see women fulfilling this idea into reality, with the increase of women in higher positions within various institutions of both the Government and Private Sector.”

“My message goes to every citizen of Vanuatu to respect the Independence, especially when celebrating this 40th Anniversary, please respect the leaders that are still amongst us today.

“This 40th Anniversary is all about honouring and respecting our leaders of the Independence.

“I wish everyone from youths to our elderlies, a happy 40th Anniversary.”