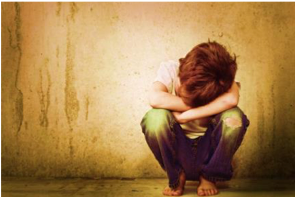 Every child has a dream. But that dream certainly cannot grow in a vacuum. When you plant a garden, you need to both nurture, prune and weed the plants in order for them to bear good fruit from your own Tender Loving Care (TLC).

I first heard this TLC phrase from a former school mate-turned major sandalwood farmer in Vanuatu today. I asked him why he uses TLC to refer to a plant such as sandalwood and he advised if you do otherwise you do not reap the best results. The pruning part is especially vital. No pruning, poor quality produce. These are plain facts! It’s the very same thing with kids. If you do not apply TLC on them, which also includes the vital subject of discipline (i.e. pruning and weeding), the harvest is what we see in the streets of Port Vila today.

In early February I wrote an article entitled ‘Life is Hard: Study Hard, Study Well.’ You can Google and read the article if you’re interested. In the article I related a personal testimony and the unfortunate challenges I lived through as a primary school student. An officer from one of our Government departments was so motivated by the article that the officer decided to take time off work (probably resigned?) to take up fulltime studies at the USP Emalus Campus Law School. Today’s article is a follow up of the February one. It is frank and pointed in some areas to parents, but I hope you will take it constructively as is the intention and spirit of the article.

This is a true story. Young Harry is in the science stream in one of our high schools in Port Vila. His parents are part-time employed. Father acts more like a ‘local tourist’ – he responds heartily to calls for volunteer work in the islands by relatives than worry about his only son’s education. One of his daughters – a promising young lady – has ceased going to school. She failed Year 10, but could have repeated in 2021 but no school fees and no TLC. Harry is the second victim of a careless father who does not care. Last month he was told not to return to school unless his parents settle a big outstanding school fee from Q1, 2021. Having known the boy for sometime, we discussed the case at home then approached the school Principal to help with part of the school fees. I believe the are hundreds of cases out there similar or possibly worse than Harry’s due to sheer negligence on the part of couples who did the easy part of bringing them into the world, but who couldn’t-care-less what happened to them.

They roam the streets during school days, group up under the big rain trees in dark corners smoking weed and shout around the place at night – drunk with a bit of alcohol or from being high on pot.

Luckily Harry is not on the street. But if his dreams are not met, he may no doubt head there much sooner than later. He is already frustrated and now lives not with his parents but with relatives.

Then there are those so-called ‘Rights of Children’. Well meaning and intended in all respects, but fraught with trouble and disaster in more ways than one.

Those Child rights and their harvest!

The International Journal of Children’s Rights (08 August 2017) attempts to redefine the question ‘What is “Discipline” in the Age of Children’s Rights?’ in a way that wholly rejects the notion of discipline where ‘control, punishment and obedience’ are involved, and upholds the tripple values of ‘learning, understanding and gaining knowledge’. Drawing on the Convention on the Rights of the Child, the authors frame ‘rights-based discipline’ around five key principles: ‘(1) non-violence; (2) respect for children’s evolving capacities; (3) respect for children’s individuality; (4) engagement of children’s participation; and (5) respect for children’s dignity.’ To conclude, the authors ‘call for the reclaiming and restoration of the true meaning of “discipline” in order that all children may thrive.’ Even the human value of ‘obedience’ which is supposed to be the glue that keeps families together, this they also reject.

In practice though the trend seems to be quite the exact opposite, at least within the Vanuatu context. Children appear to be far more bigheaded, disrespectful, disobedient, unruly and harder to control these days than say 10 to 20 years ago. Their grossly irresponsible public behaviour in many instances within Port Vila alone is simply appalling. So much for all the ‘Children’s Rights’ campaigns and advocacy work some of our government and NGO agencies have been preaching to us all these years! Are these the intended outcomes? Are they?

The Bible (New International Version) says something a bit interesting and different on this subject: ‘whoever spares the rod hates their children, but the one who loves their children is careful to discipline them’ (Hebrews 13:24). There’s an apparent conflict here between these basic Judeo-Christain principles that have sustained the fabric of our societies in the past, and the stuff that our various UN bodies have repeatedly shoved down our throats over the years. The comparative outcomes are not hard to see.

Lastly, don’t bring children into the world if you cannot be bothered to take care of them. A favourite writer once penned the following words. ‘There are parents who, without consideration as to whether or not they can do justice to a large family, fill their houses with these helpless little beings, who are wholly dependent upon their parents for care and instruction.

This is a grievous wrong, not only to the mother, but to her children and to society. Parents should not increase their families any faster than they know that their children can be well cared for and educated.

A child in the mother’s arms from year to year is great injustice to her. It lessens, and often destroys, social enjoyment and increases domestic wretchedness. It robs their children of that care, education, and happiness which parents should feel it their duty to bestow upon them.’

If the principle of TLC could be applied with great success and tangible results to sandalwood (a plant, for that matter!), how much more should we do the same to our very own children, the likes of helpless Harry?